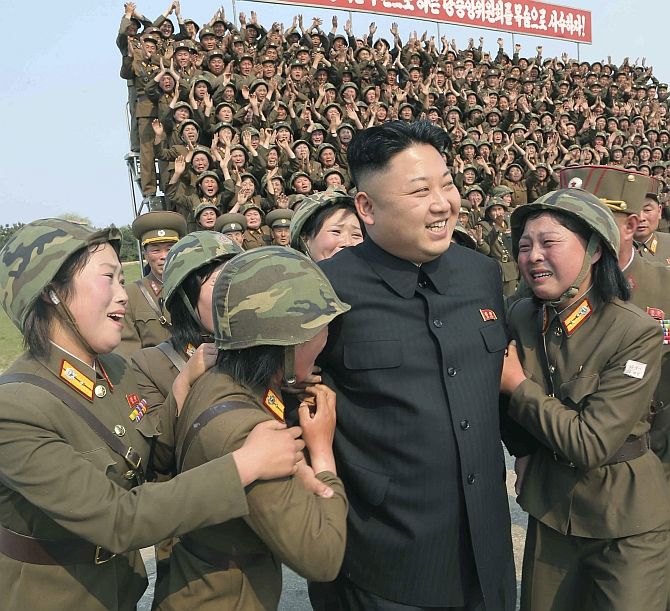 Kim Jong-Un has been MIA (missing in action) for 37 days now. This is his longest absence from official events since he made his first public appearance in 2010.

The mystery surrounding his whereabouts deepened further after Kim gave a skip to a ceremony to pay tribute to his late father and grandfather on Friday -- an important national anniversary for the world’s most reclusive nation.

Kim's name did not appear in the list if of attendees at the Kamsusuan Palace of the Sun in Pyongyang on the 69th anniversary of the Workers' Party of North Korea, issued by state news agency KCNA. 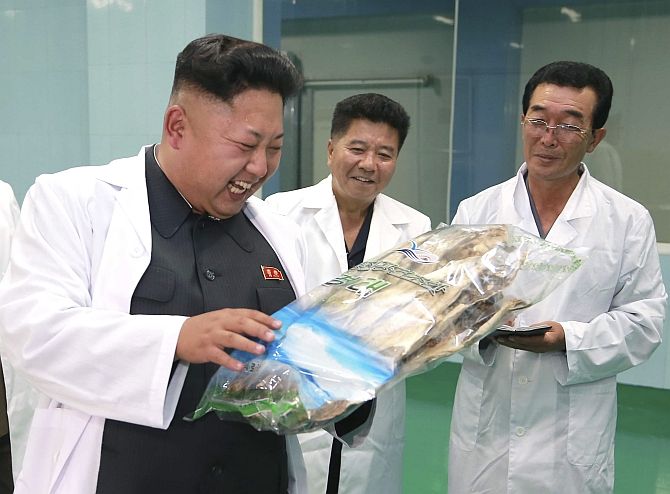 His unexplained absence from Friday’s crucial event has set rumour mills abuzz. The competing theories are varied from illness to a coup; the Internet may just explode.

State media attempted to explain his absence by saying Kim was experiencing "discomfort." 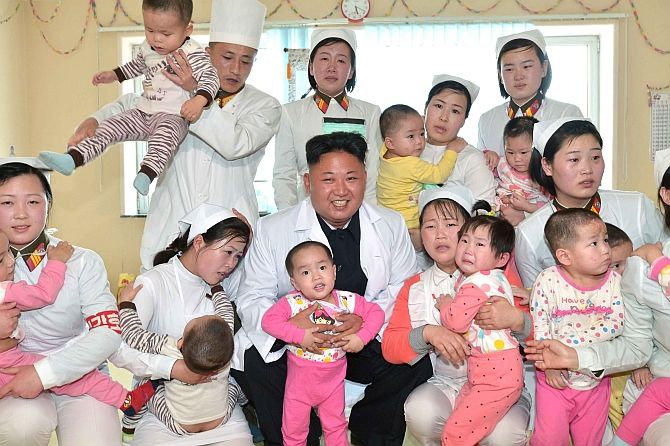 He definitely has been “getting fatter”, leading to speculation that he is suffering from stress and symptoms of heart disease, Free North Korea Radio reported Wednesday.

The 31-year-old loves cheese. After he had put on extra weight from regularly consuming imported cheese, Kim Jong-un broke his ankle, according to India Today.

Or is it gout that is keeping Kim away? The increasingly obese Kim is merely suffering from a physical ailment, most likely gout, according to reports by South Korean media. Kim Jong Un looks through a periscope of a submarine during his inspection of the Korean People's Army Naval Unit 167 in this undated photo released by North Korea's Korean Central News Agency in Pyongyang June 16. Photograph: KCNA/Reuters

Is Kim genuinely sick or has the power equation in North Korea changed? He has been overthrown and his little sister Kim Yo Jong is now running the show, a report in The Global Post speculates. Not much is known about the sister, believed to be born in the late 80s, but she appeared on state television as a senior official in March.

Rumours of a palace coup are rife as well. Hwang Pyong So, recently appointed director of the general political bureau of the Korean People's Army (the top political position in the powerful DPRK military), appeared in Incheon in South Korea sparking more speculation that Kim was gone and a coup had occurred, Paul French wrote in a Reuters' opinion. 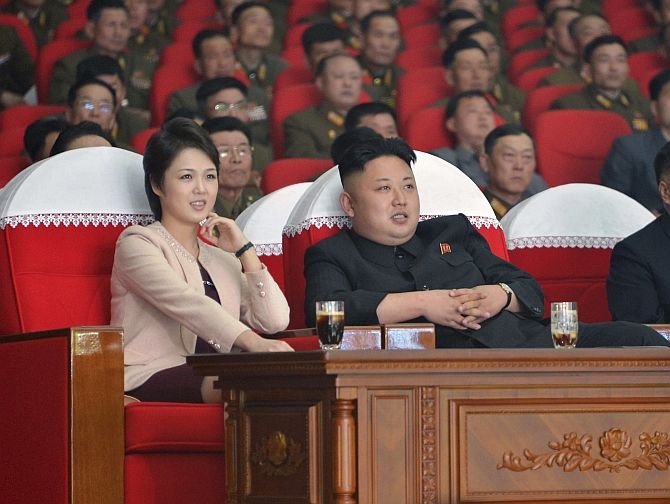 Kim Jong Un and his wife Ri Sol Ju watch a performance by the Moranbong Band at the April 25 House of Culture in this undated photo released by North Korea's Korean Central News Agency. Photograph: KCNA/Reuters

Adding to the uncertainty, Kim did not greet the athletes who returned from the Asian Games -- though they were given a grand welcome and heavy media coverage in Pyongyang.

The North Korean dictator was last seen attending a concert in Pyongyang on September 3 beside his demure wife Ri Sol-ju. He has been a near-constant in the state media. But since September 3 there have been no photo-ops. 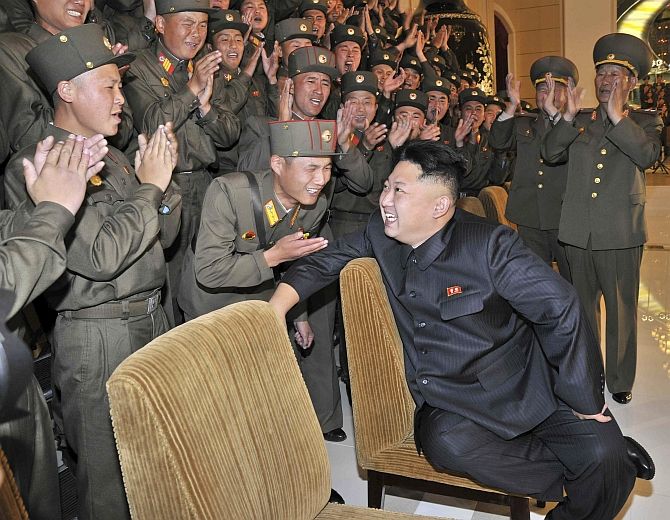 Kim Jong-un speaks with other members of the audience at a performance given by those who proved successful in the 36th Art Festival of the Korean People's Army service persons. Photograph: KCNA/Reuters

However, this is not the first time Kim has done the vanishing act. In 2012, he wasn't seen publicly for about three weeks, according to South Korean officials.

So will Kim make an appearance anytime soon? No one can say for sure. But the public speculation has definitely mounted after his no-show on Friday. 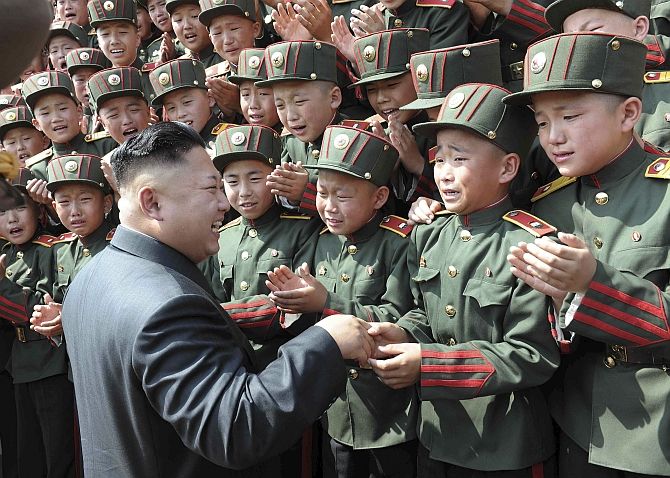 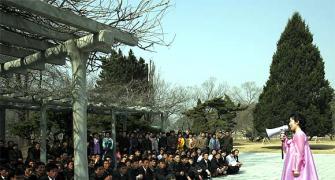 SNAPSHOTS: Inside the secret kingdom of North Korea 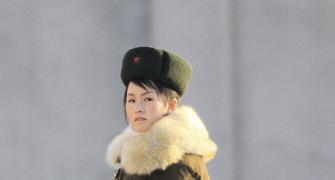 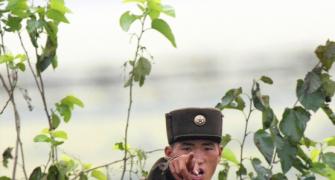 It can't get any more BARBARIC than this 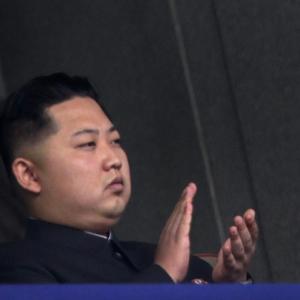 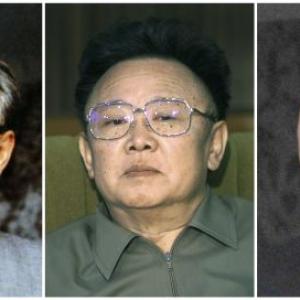 Dynasty rules: From Kim to Kim in North Korea