At least twelve persons, including ten security men were injured in clashes with security forces in Ganderbal, Bandipora, Srinagar and Baramulla districts as authorities detained separatist leader Mohammad Yasin Malik during protests against the recent killing of youths in CRPF firing in Shopian of Kashmir.

"Police exercised maximum restrain while dealing with the situation," he said adding twelve persons including ten security men were injured in the clashes.

They said the injured were rushed to SMHS hospital where doctors described their condition as 'stable'.

Protests against the killing of five youths in Shopian -- in two incidents on September 7 and September 11 -- were also held at Abi Guzar, Jamia Masjid and Saraf Kadal in old city and Kupwara and Baramulla in north Kashmir, police said.

Police also foiled an attempt by JKLF chairman Mohammad Yasin Malik and his supporters to stage a sit-in against the Shopian killings at Lal Chowk here. Malik, along with ten of his supporters was detained by the police.

Four persons were killed by CRPF personnel outside their camp at Gagran village in Shopian on Saturday allegedly in retaliation to a militant attack, while another person died on September 11 when paramilitary forces opened fire to disperse protestors outside the camp.

People had gathered outside the Gagran camp to press for their demand to remove the camp and arrest the personnel involved in the "cold-blooded murders" on Saturday.

Police said three of the four persons killed in CRPF firing had no militant links.

However, police also said, the fourth person killed in the firing was believed to be Lashker-e-Tayiba militant Abdullah Haroon.

The state government yesterday ordered a magisterial probe into the death of five persons in Shopian and directed the District Magistrate to submit a report within one month. 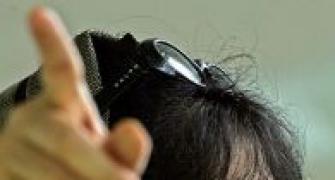 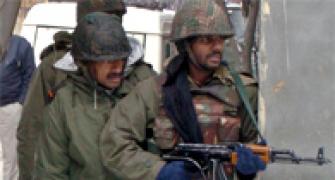 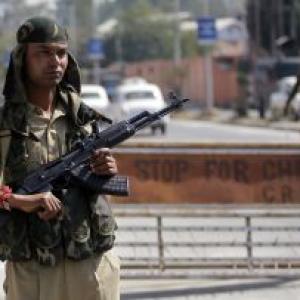