Shooter Vartika Singh on Sunday wrote a letter in blood requesting the Centre to let her hang the rapists convicted in the Nirbhaya rape and murder case. 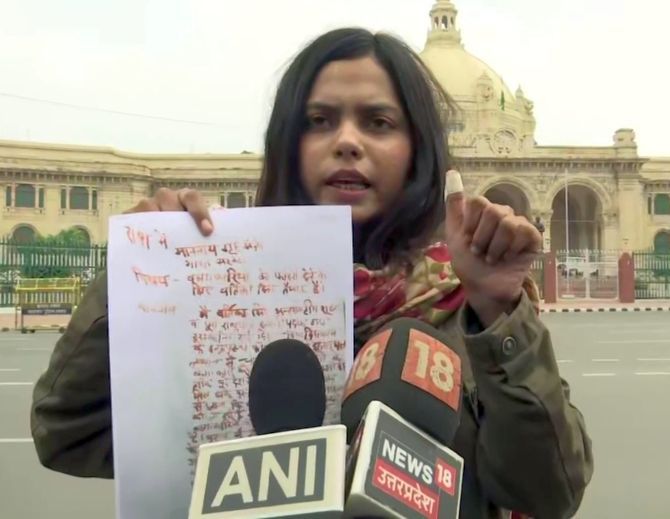 In the letter, she has sought permission from Union home minister Amit Shah to execute the rapists.

Speaking to reporters in Lucknow, Singh said, "I have a letter in my hand that is written to Union home minister Amit Shah. I have written the letter with my blood. I have written that I should be allowed to execute the convicts in the Nirbhaya case. This will reinforce the concept that women are viewed as goddesses in India."

"This message should go to the entire world. The rapists should know that in India, a woman can execute them. I have sent the letter through registered post and also tweeted it," she added.

The shooter urged all women soldiers, actresses, public representatives and organisations to support her in carrying out the execution.

She hoped there would be a transformation in the country with a "different kind of society" where women need not live in an atmosphere of fear.

The 23-year-old paramedic student, who came to be known as Nirbhaya, was gang-raped in 2012 inside a running bus in Delhi by six people and severely assaulted before being thrown out on the road.

She later succumbed to injuries at a hospital in Singapore.

The Supreme Court on Tuesday will decide on a review petition filed by one of the four convicts in the case against its 2017 judgment handing down death penalty to them.