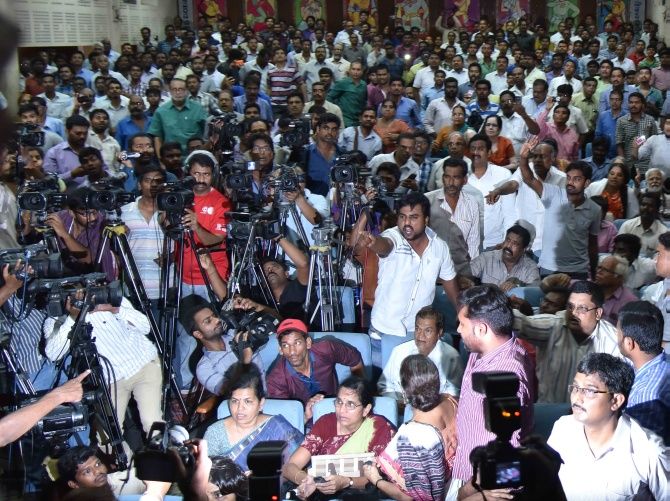 Jawaharlal Nehru University president Kanhaiya Kumar on Thursday vowed that he would keep up his fight against casteism, and economic inequalities but ruled out him campaigning in the coming assembly polls.

Kumar, who was denied entry into the HyderabadCentralUniversity on Wednesday when he came to express solidarity with the students fighting on the Rohith Vemula issue, had to face unpleasant moments on Thursday when a man threw a shoe at him in a seminar on "Constitutional rights".

A man sitting in the audience threw a shoe at Kumar but it missed the target and fell just ahead of the stage. The seminar was organised at Sundrayya Vignana Kendram at Baghlingampally in Hyderabad, a building run by Left parties.

The police took away the man even as commotion prevailed in there for sometime. The meeting continued after the incident. The HCU, which witnessed violence after Vice Chancellor Appa Rao Podile took charge two days ago, remained peaceful on Thursday.

The HCU non-teaching staff, who had gone on a strike protesting vandalisation of the VC's lodge on March 22 allegedly by a group of students, resumed their duties on Thursday. 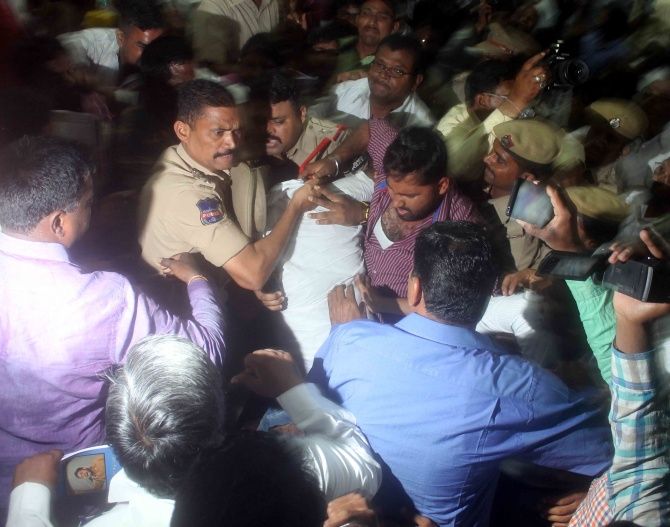 Members of HCU Non-Teaching Staff Union had boycotted duties from Tuesday afternoon in protest against ransacking of Appa Rao's official residence (VC's lodge) allegedly by the group of students who were opposing the VC resuming his duty.

Kumar, who resumed his speech after the shoe-throwing incident, alleged that democracy is under attack in the country.

"Today, whoever it is, be it Marxists, Ambedkarites, Socialists, Lohiaites or Centrists, today all types of people are under attack. Because, democracy is coming under attack today," he said.

Stressing that he criticised Narendra Modi only because he is the prime minister, Kanhaiya recited a poem which talks about BJP's promises, including bringing back black money, controlling price rise and providing employment.

Alleging that he was highlighted to divert attention from the Rohith Vemula issue, Kanhaiya expressed support to the demand for bringing in a 'Rohith Act' to end discrimination in universities. 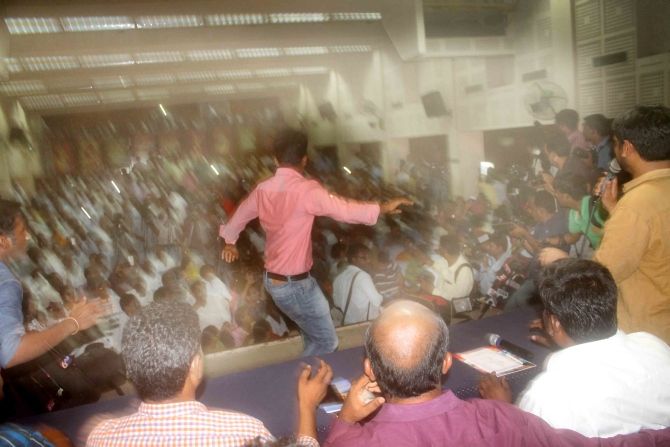 Claiming that 'nationalism' was brought as the development promised by the Bharatiya Janata Party could not materialise, Kanhaiya said nationalism is not about one language, one religion, one caste or one gender.

This is our position," he said.

Speaking about the saffronisation allegations, he said, "You cannot hegemonise 'Bharat Mata'". Kanhaiya, who is on a two-day visit to the city and Vijayawada in Andhra Pradesh, told reporters earlier that universities are under attack under the National Democratic Alliance government. 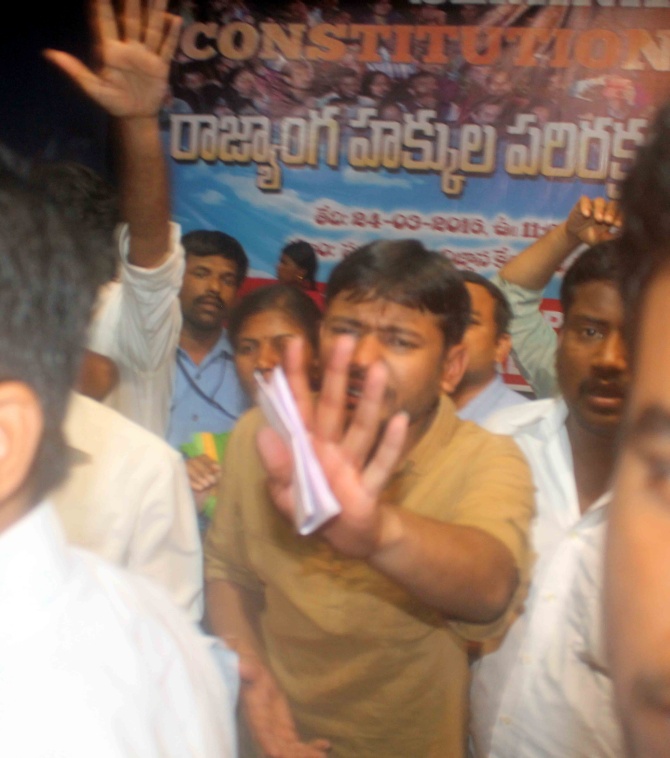 The struggle in JNU is an extension of the campaign in HCU for justice to Vemula.

There is a similarity between HCU and JNU in the context of alleged attack on students' activism and autonomy of universities, he said. Whether it was coincidence or conspiracy that Appa Rao assumed charge ahead of his visit, he claimed. 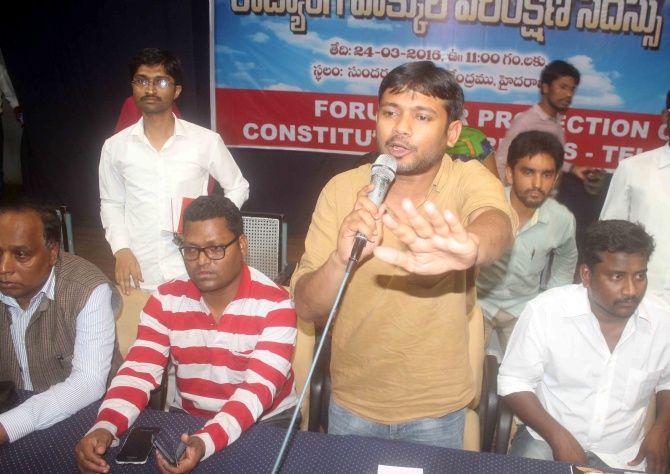 Maintaining that students were instigated into violence regarding the attack on VC's office in HCU, Kanhaiya said he condemned violence in any form. The truth would come out in the incident, he added

Citing examples of FTII, AligarhUniversity, HCU and JNU, he claimed the campuses are becoming war zones because some students' groups are working for government.

Replying to a query, he said his organisation has nothing to do with the anti-national slogans raised in JNU in February. "There is a difference between sedition and (being) anti-national", he added.

He also said he would not campaign in the elections coming up in different states.