The Uttar Pradesh government told the Supreme Court on Wednesday that “shocking findings” have emerged in the investigation so far in the case in which Kerala-based scribe Sidhique Kappan was arrested on his way to Hathras, where a young Dalit woman had died after allegedly being gang-raped, in October. 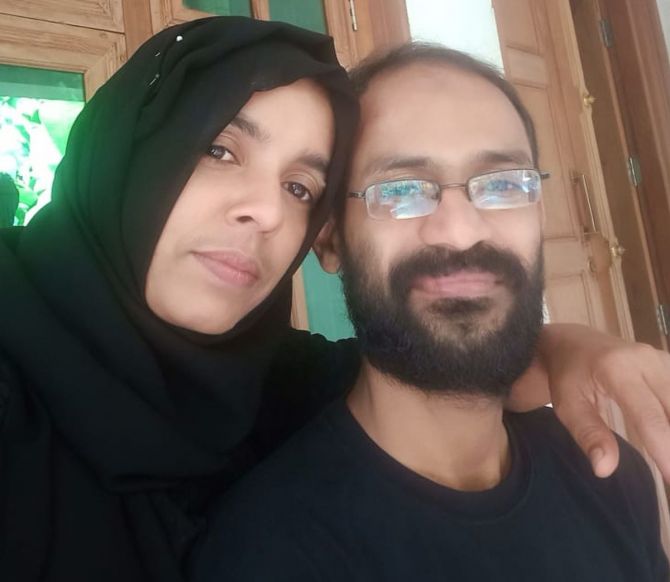 Kappan claimed that he is working as a journalist in a Kerala-based daily but that newspaper was closed two years back, the state government told a bench headed by Chief Justice S A Bobde.

The apex court, which was hearing a plea filed by the Kerala Union of Working Journalists (KUWJ) questioning Kappan's arrest, asked the petitioner as to whether they would like to move the high court.

Senior advocate Kapil Sibal, appearing for KUWJ, said he would argue the matter in the apex court and the petitioner would implead Kappan's wife and others in the plea.

“The high court has granted one month's time on the habeas corpus plea of other accused in the same case and I want to argue here,” Sibal said, adding, “Hear me finally.”

Mehta, who said the lawyer has met Kappan, argued that the accused is not the party in the matter here.

Sibal referred to the case of journalist Arnab Goswami, who was granted interim bail by the apex court in an alleged abetment to suicide case, and said he would rely on that verdict as a law has been laid down in it.

“Every case is different,” the bench observed, adding, “You show us any precedent where an association had moved the court seeking relief.”

“We want to hear the case as per the law and the matter should have been heard in the high court,” the bench said and posted the matter for hearing next week.

The state government told the bench that it would file a rejoinder to the counter-affidavit filed by KUWJ in the matter.

Uttar Pradesh recently filed an affidavit in the apex court claiming that Kappan was going to Hathras under the “garb of journalism” with a “very determined design” to create a caste divide and disturb the law and order situation.

The state government has alleged in its affidavit that Kappan is the office secretary of Popular Front of India (PFI) and was using a “journalist cover” by showing identity card of a Kerala-based newspaper which was closed in 2018.

In its counter-affidavit filed in the matter, KUWJ has urged the apex court that an independent inquiry be conducted by a retired top court judge to determine the facts of the alleged “illegal arrest and detention” of Kappan.

The KUWJ has claimed that the Uttar Pradesh police has made an “absolute false and incorrect statement” that Kappan is the office secretary of PFI, as he is only working as a journalist.

In its rejoinder affidavit, KUWJ has alleged that state government filed a “misleading affidavit, misrepresenting the facts in order to justify their illegal and unlawful detention and malicious prosecution” of Kappan and there are no materials to support the allegations against him.

It has said Kappan had attempted to visit Hathras on October 5 in discharge of his journalistic duties and he had intimated his employer prior to his trip.

The police had said it has arrested four people having alleged links with the PFI in Mathura and identified the arrested persons as Sidhique from Malappuram, Atiq-ur Rehman from Muzaffarnagar, Masood Ahmed from Bahraich and Alam from Rampur.

PFI had been accused of funding protests against the Citizenship Amendment Act across the country earlier this year.

Her cremation at night by the authorities, allegedly without the parents' consent, triggered widespread outrage.