Nationalist Congress Party chief Sharad Pawar on Tuesday alleged that a third attempt is being made to pull down the Maha Vikas Aghadi government in Maharashtra but expressed confidence that chief minister Udhhav Thackeray will be able to handle the situation. 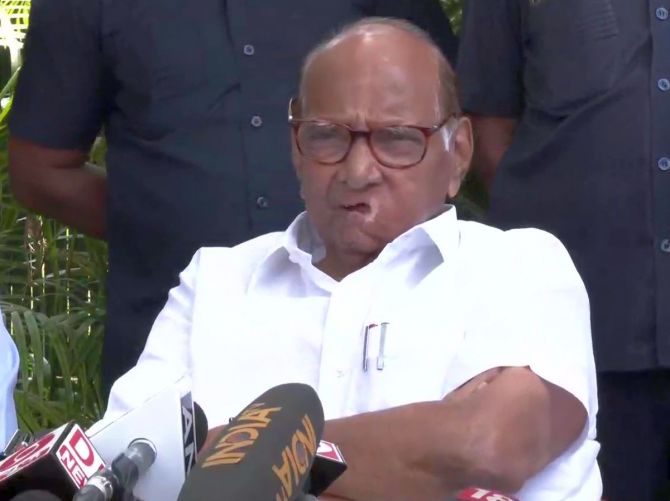 Pawar, who played a crucial role in the formation of the MVA government, said it will complete its full five-year term and ruled out going with the BJP, in case the state government falls.

He said he would be meeting Thackeray later in the day and would be leaving for Mumbai soon after the opposition meeting on the joint presidential candidate.

"There are no differences in the alliance and all have full confidence in the leadership of Thackeray," he told reporters.

"It is an internal matter of Shiv Sena, they will inform us after assessing the situation," he also said.

He also said that his party will support the Shiv Sena.

The NCP chief said Eknath Shinde, who has turned a rebel along with some MLAs, never told them about his chief ministerial ambitions.