Shiv Sena workers will stage protests against the arrest of the party MP Sanjay Raut by the Enforcement Directorate, his MLA brother Sunil Raut said on Monday. 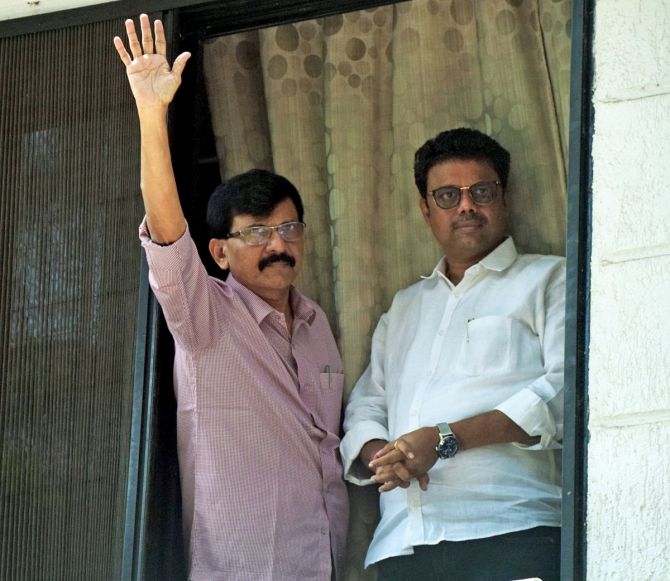 IMAGE: Shiv Sena leader Sanjay Raut waves his hand as his brother Sunil Raut looks on during the ED raid at his residence in Mumbai on July 31, 2022. Photograph: ANI Photo

"The Shiv Sena and Uddhav ji stand solidly behind us. Our legal fight (over Sanjay Raut's arrest) has begun," the Shiv Sena MLA from Vikhroli told PTI.

The ED arrested Sanjay Raut late in Sunday night in a money laundering case linked to alleged irregularities in the redevelopment of a Mumbai 'chawl' after conducting a search at his residence, during which Rs 11.5 lakh in cash was seized.