Shiv Sena's Kolhapur district president Sanjay Pawar will be its second candidate for the upcoming Rajya Sabha polls, party chief spokesperson Sanjay Raut said on Tuesday, in what is a clear snub to Chhatrapati Sambhaji who was seeking support for his candidature. 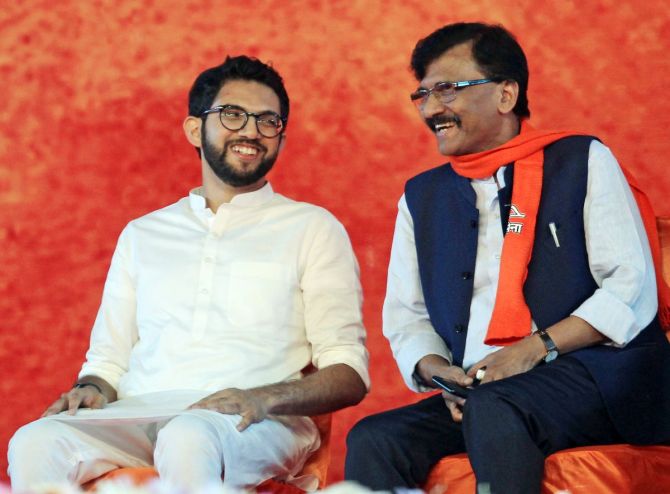 The Shiv Sena will contest two Rajya Sabha seats and ensure victory in both, asserted Raut, whom the party has given a fourth consecutive term in the Upper House of Parliament.

"Sanjay Pawar is Shiv Sena's mavala (soldier) and (Sena chief) Uddhav Thackeray has decided to give him candidature. But the official announcement will be done soon,” Raut said.

Six Rajya Sabha seats from the state will go to polls next month, with the Bharatiya Janata Party having the numbers to get two of its candidates elected.

The Shiv Sena, Nationalist Congress Party and the Congress have enough votes to secure one win each, while together they can win the sixth seat as well, for which the Sena has thrown its hat in the ring.

The Shiv Sena, Congress and NCP comprise the ruling Maha Vikas Aghadi in the state.

However, Chhatrapati Sambhaji, a descendant of the legendary warrior king, and who has a strong follower base among the Maratha community, has announced he would contest the polls as an Independent candidate.

He had approached the Sena last week and sought its support. The Sena assured him support provided he join the party, a proposal declined by Chhatrapati Sambhaji.

Taking a dig at Chhatrapati Sambhaji, Raut said, "Kings are kings because of soldiers."

Asserting that the chapter for the sixth RS seat is now over, Raut said, "We respect him (Chhatrapati Sambhaji), his family and the throne which is why we asked him to join the Shiv Sena so that he can contest as the sixth candidate for the polls."

"He has to go to Rajya Sabha and wants to contest as an Independent. He needs 42 votes. If anyone has 42 votes, he can win the Rajya Sabha polls," Raut added.