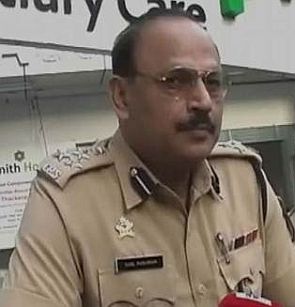 The Shiv Sena on Saturday came out in support of senior Indian Police Service officer Sunil Paraskar, accused of raping a Mumbai-based model, and made light of the allegations against him saying it has become a "fashion" to charge men with rape.

"Cases of charging men with molestation and rape to create hype is on a rise now. It has almost become a fashion. After he has served for so many years in the police force, one model now charges DIG Sunil Praskar with rape and in one night he becomes a villain. Such accusations have become good weapons to seek personal revenge," the party said in its mouthpiece Saamana.

"New laws were made after the shameful Nirbhaya incident, but have cases of rape decreased," it asked.

"When the truth has to come out, it will. But till then the media trial the accused has to go through damages his morale," it said.

"All the laws in the country favour women so anyone can slap any charge against anyone. The judicial system has to open its eyes and ensure that justice is served to the innocent," the edit said.

The Sena mouthpiece questioned the model's intentions to file rape charges against the deputy inspector general when everything between the two "was fine" till now.

"What is the model's background? How did she suddenly make a rape accusation when everything between them was fine until now? This question comes to the mind of a common man but the police investigation seems to ignore these questions," it said.

It questioned the delay in filing the case saying that a woman who has been subjected to such a torture will not be able to wait for so long to get justice.

"This model filed charges after six months.... We have to remember after the unfortunate rape incident at Shakti mills, the victim filed her complaint in a couple of hours. No woman will be able to bear this inhuman treatment on her for even a minute. She would file a complaint immediately," the Sena said adding that the facts of the case should be brought in public as soon as possible.