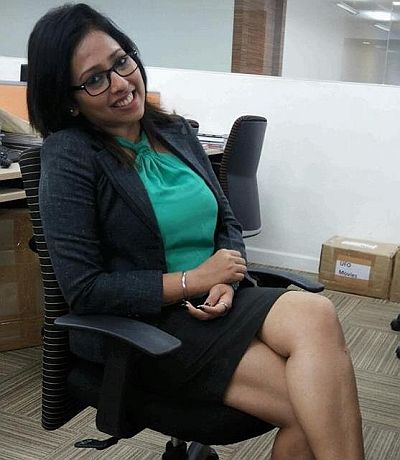 A young Muslim woman was refused a flat for rent in Mumbai by a builder allegedly on grounds of her religion just days after a male MBA graduate was denied a job by a diamond export firm for similar reasons.

"We are seeking details of this incident and will deal with the guilty sternly," Khadse told reporters in Mumbai.

An activist has also taken up the matter with the National Commission for Minorities seeking a probe into the builder's "discriminatory policy."

25-year-old Misbah Quadri, who works with a public relations agency, had been living in an apartment at Kandivali in the western suburbs of Mumbai since she came to the city from Gujarat a year ago. Recently, she planned to move to a flat in Wadala area but met with a shocking response from the builder of the apartments.

"After a lot of searching, I finally found a house at Wadala and paid a deposit of Rs 24,000 through a broker. A night before I was to move in, I got a call from the broker, warning me not to shift there as it is the builder's policy not to have Muslim tenants. I tried to reason with him but he did not oblige," Quadri told PTI.

She claimed that the broker then asked her to sign a "no-objection certificate" declaring that if she faced any harassment from her neighbours because of her religion, the builder, the owner and the broker "would not be legally responsible."

Khadse said those trying to violate the fundamental rights of citizens will be taken to task.

"Citizens, irrespective of their faith, are free to purchase and sell property and seek employment opportunities anywhere in the country as well as the state. Those working against the fundamental right of the citizens will be dealt with firmly in accordance with the law," he said.

"No one will be allowed to violate the Constitutional rights of citizens," he said.

Narrating her experience, Quadri said, "I had to move into the flat though I did not agree with the terms because the notice period with my previous flat had expired and there was nowhere I could go. After a week, the broker called me again and asked me to leave. I had no option then but to leave the flat. Presently I am staying at a paying guest accommodation in Bandra."

Zeeshan Ali Khan, the MBA graduate who had applied for an opening in the diamond exports firm on May 19, had claimed he received a response within 15 minutes which said they hired only non-Muslim candidates.

"I would only like to tell people that please don't discriminate people on the basis of religion.

"I would like to tell her to not be demoralized and demotivated. Go ahead and file a legal action against the residential society," Khan said reacting to the ordeal faced by Quadri in her search for a home.