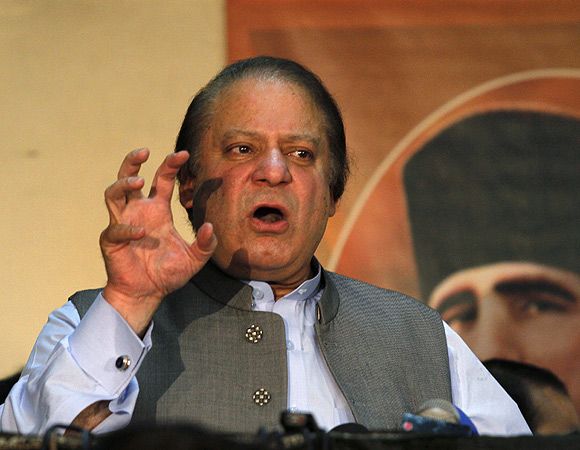 The Pakistan government on Saturday sacked Information Minister Pervaiz Rashid over the recent "leaked" media report about a rift between the civilian and military leaderships on support to militancy.

The prime minister's spokesman Musadiq Malik confirmed that "initial evidence" was against Rashid in the leak of sensitive information of a high profile national security meeting.

"Investigation into controversial story is in the final stage and it will be shared with media in a couple of days. Who was responsible for the leakage of sensitive information to the Dawn reporter will be known soon," Malik said adding "investigation is still underway".

Rashid is a close aide of Prime Minister Nawaz Sharif and reports suggest that the anti-army information could not have been leaked to the media without his consent.

PTI leader Imran Khan welcomed the ouster of Rashid saying a "darbari" (courtier) of Sharif had gone and others would go soon as well.

In another development, Defence Minister Khawaja Asif left for Dubai along with his family at a time when Khan's Pakistan Tehreek-i-Insaf has said it will lock down Islamabad on November 2 to protest against Sharif over corruption allegations.

A rift between the civilian and military leaderships on the powerful ISI's covert support to terror groups in the country was the subject of a news report in Dawn newspaper.

The widely read daily stood by the story issued on October 6, saying it was "verified, cross-checked and fact-checked".

A travel ban on Cyril Almeida, the journalist who wrote the story, had sparked massive criticism of the government and the military from media houses, journalist associations and civil society.

Almeida's name was put on the Exit Control List but the ban was later lifted after the backlash against the government.

Later the government constituted a committee to investigate the matter.