India's Shaheen Bagh dadi, Bilkis Bano, known for leading a peaceful protest against the new citizenship law is among the four Indian women to be included in the 'BBC 100 Women 2020' list released on Tuesday. "In a year of unprecedented turbulence, this year's theme is 'How Women Led Change in 2020' and celebrates some of the scientists, public health experts, and healthcare workers who have helped us weather the storm of the global pandemic, as well as women from other industries who have all been leaders of change in their own way, from politicians, lawyers and architects to actors, writers, athletes, singers and those who have sought to improve the lives of others in their community," the BBC said in a statement.

The worldwide list includes Sanna Marin, who leads Finland's all-female coalition government; Michelle Yeoh, star of the new Avatar and Marvel films; and Sarah Gilbert, who heads the Oxford University research into a coronavirus vaccine; as well as Jane Fonda, a climate activist and actress.

"For the first time, this year's list will see the 100th spot left blank to honour all the women who made an impact and a sacrifice in this extraordinary year and allow our audiences to fill it with someone meaningful to them," the BBC said.

In reference to the Indian women to make the cut, the list notes that in June 2020, the Badminton World Federation ranked Manasi Joshi as world number two in the SL3 singles. 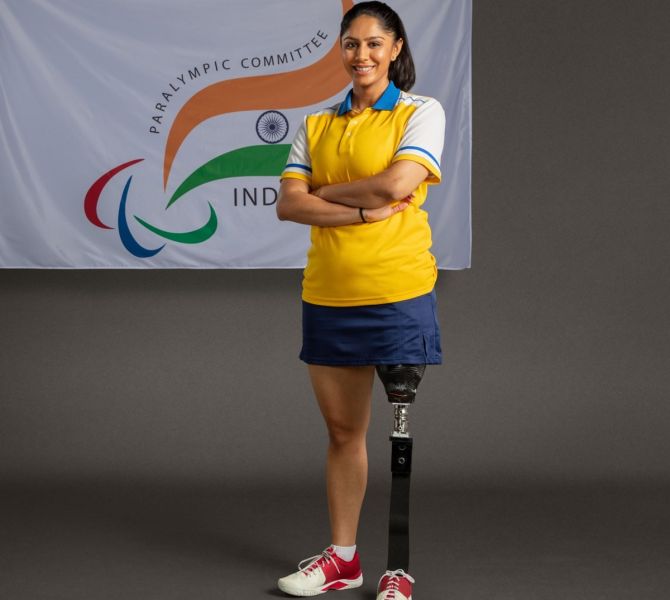 IMAGE: Manasi Joshi is a 'changemaker and aspires to drive a shift in how disability and para-sports are perceived in India. Photograph: Rediff.com

"She is also an engineer and a change-maker and aspires to drive a shift in how disability and para-sports are perceived in India," it reads.

At the age of nine, Ridhima Pandey filed a petition against the government of India in response to its alleged inaction to mitigate climate change. In 2019, along with 15 other child petitioners, Ridhima filed a lawsuit against five countries at the United Nations. 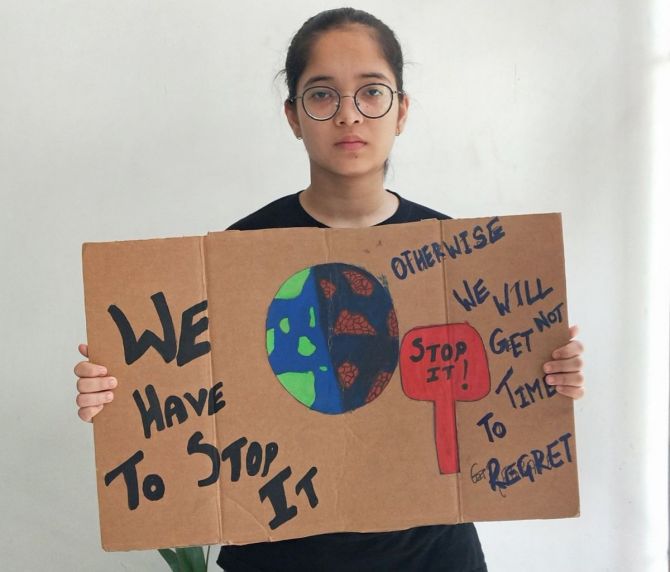 IMAGE: Ridhima Pandey filed a petition against the government of India in response to its alleged inaction to mitigate climate change. Photograph: Ridhima Pandey/Twitter

While Bilkis Bano became the face of a long-running protest in New Delhi's Shaheen Bagh, Isaivani has spent years singing and performing in a male-dominated space.

"To perform on the same stage as other popular male singers can be considered an achievement by itself. Isaivani has successfully broken an age-old tradition, which has led other young female gaana singers to come forward and express themselves," her citation notes. 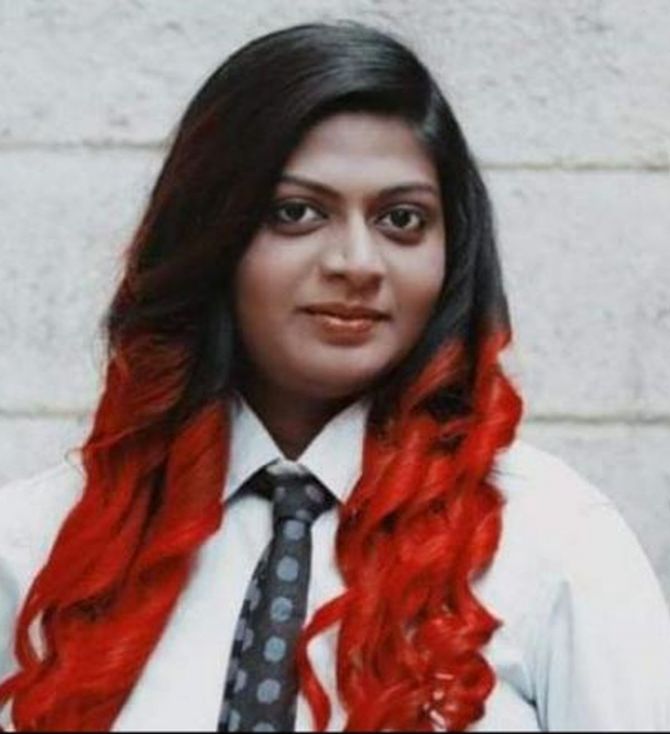 IMAGE: Isaivani has successfully broken an age-old tradition, which has led other young female gaana singers to come forward and express themselves. Photograph: Twitter

Gaana is a form of traditional Tamil music which emerged from the working class neighbourhoods of north Chennai.

The release of the list this week kicks off the BBC's spotlight on women's experiences around the world with a week of special interviews, inspirational masterclasses, documentaries, features and digital content across the BBC's UK and international TV, radio and online services.