The Supreme Court-appointed interlocutors met Shaheen Bagh protesters on Thursday in their second visit to the site where people have been on a sit-in since the last two months against the amended citizenship act. 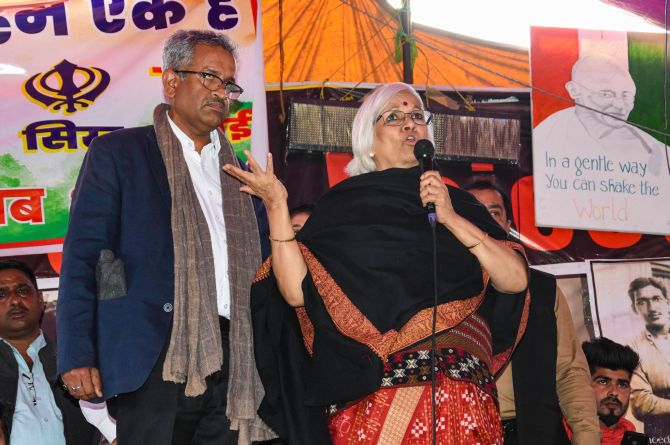 Advocates Sanjay Hedge and Sadhana Ramachandran, the interlocutors, were not willing to start the discussion in the presence of media.

The protesters tried to convince them that they want to represent their issues before the media, but the journalists were later asked to leave.

Ramachandran began addressing the protesters saying, "Aapne bulaya hum chale aaye (You called us and we are here)."

On Monday, the Supreme Court observed that the blockade of the road at Shaheen Bagh was 'troubling' and suggested the protesters go to another site where no public place would be blocked. It, however, upheld their right to protest.

The apex court also asked Hegde to 'play a constructive role as an interlocutor' to persuade the protesters to move to an alternative site. It said the interlocutors could seek former bureaucrat Wajahat Habibullah's assistance. 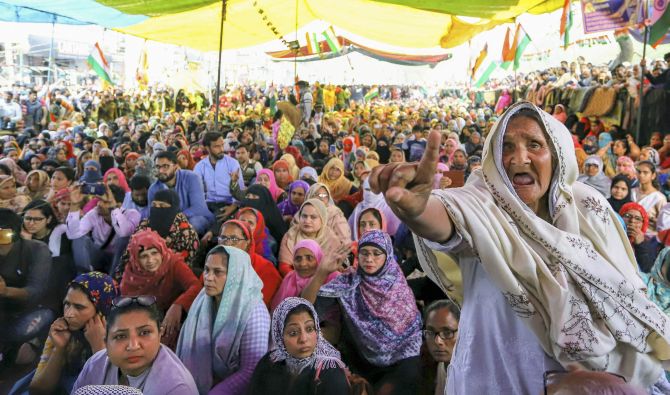 IMAGE: An elderly anti-CAA protestor gestures while she talks to Hegde and Ramchandran. Photograph: PTI Photo

Hegde said the apex court has recognised their right to protest.

"When Shaheen Bagh has become become an example of protests in India, let us set an example of a protest that does not disturb anybody. You all must be rest assured that we are here to fight for you. Don't think if you change your spot, your fight will die down," Hegde told the protesters.

The senior lawyer said, "We have seen many prime ministers come and go. Whoever comes in power and runs the country, sometimes some could be right and some could be wrong. Whatever you are saying the whole country is listening and also the PM."

The protesters have been demanding repeal of the Citizenship Amendment Act.

Ramchandran said she was 'really waiting' for that day when the 'country's atmosphere will change'. 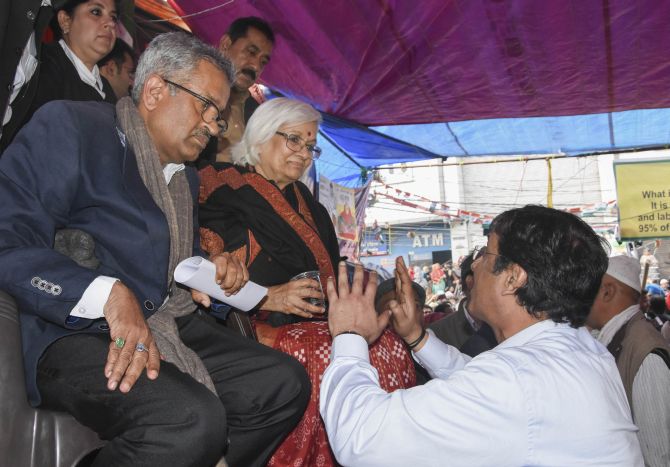 An elderly man also expressed his fear about his children's security.

When Ramchandran asked him more about his fear, the man replied, "I am a single father. I will die and go but my children should get to live here with authority.

"My girls go to school where they are being told that you will go out of the country."

Ramchandran told protesters not to cry and speak openly.

Another man, while talking to the interlocutors, said, "I have a national flag on my bicycle. We love this country and stop calling us traitors."

His daughter told mediators, "I am a young girl and I want a beautiful India."