A section of anti-citizenship law protesters at Delhi's Shaheen Bagh withdrew after 20 days, even as locals stayed put on the road-side venue on Thursday to steer forward a faceless demonstration. 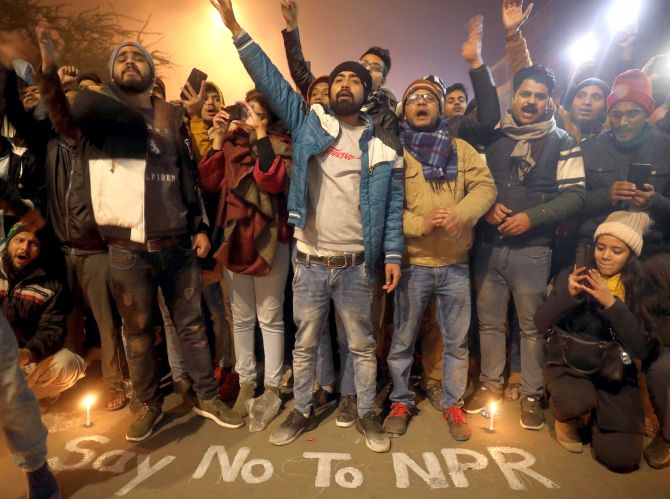 Those who withdrew called off the blockade on the Sarita Vihar-Kalindi Kunj road and alleged "politicisation" of their "peaceful protest".

"We have called off the Shaheen Bagh road blockade today to avoid the impending violence from party goons and to avoid politicisation of the stage by parties," Sharjeel Imam of Shaheen Bagh Coordination Committee said in a statement.

"Police was probably asked not to intervene, because BJP intends to intervene themselves. If that happens, our peaceful protest will be tarnished and it will break the morale of the people," he said.

Imam said the protesters will work on a "flash-mob strategy" used during the Hong Kong protests and spread the agitation across cities.

"We request all of you to stop sending any assistance to this stage which has been now hijacked by political parties, and cash hungry gangs who don't care about riots and its implications for the community," the statement said.

The protesters, including women, who have been camping in the area refused to leave the spot and continued their agitation.

Shaheen Bagh, near Jamia Millia Islamia, has been a protest venue for a section of people opposed to the Citizenship Amendment Act and the National Register of Citizens since December 15.

Social activist Swami Agnivesh also visited the protest-site and appealed to locals to not end their protest.

"This fight for justice should continue. You should keep unity and not end the protest. I will come and sit with you too," he told protesters.

By Thursday evening, locals took turn to reach out to the crowd through the microphone on the stage, which was also shared by children and music bands to keep the crowd engaged.

"A handful of people, not more than 10 in number has decided to take a break of two days and return for the cause in flash protests, a form of demonstration that recently caught people's attention in Hong Kong," a city-based artist, who has been at the venue since December 15, told PTI.

"Also, the decision of these people was their independent choice. Locals and other protesters were not consulted. The protest is continuing without them now," he said.

Some protesters believed that a reason that some protesters have decided to withdraw themselves from the protest could be "pressure" from the administration.

"Some of the people had become sorts of leaders of this movement, which was conceptualised as a people's protest and did not mean to provide stage to politicians and opportunists," Shakir, who was at the venue, said.

The 38-year-old private firm employee said he came from Sarita Vihar after day's work and did not feel much difference in the protesters' enthusiasm even after some people withdrew from it.

"My only concern is that any law or policy which deems to put its own citizens at risk should not be allowed. The government should put more efforts to bring in more clarity about the laws and its intentions, which is lacking at the moment," he said.

According to the amended law, members of Hindu, Sikh, Buddhist, Jain, Parsi and Christian communities who have come from Pakistan, Bangladesh and Afghanistan till December 31, 2014 after facing religious persecution there will not be treated as illegal immigrants and will be given Indian citizenship. 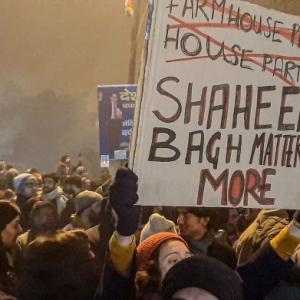