Former Chief Justice of India Ranjan Gogoi in his autobiography said that the sexual harassment allegations against him was an attempt to 'jeopardise' the functioning of the CJI by certain unknown quarters and the hearing before the Supreme Court concerning it was 'extremely short' and was in fact 'no hearing at all.' IMAGE: Former Chief Justice of India and author of Justice for the Judge, Ranjan Gogoi (left) along with former CJI Sharad Arvind Bobde (centre) poses for a photo during the book launch at Nehru Memorial and Museum, in New Delhi, December 8, 2021. Photograph: ANI Photo

The former CJI was criticised for being part of a special bench set up to hear a suo motu case titled 'In Re: Matter of Great Public Importance Touching upon the Independence of the Judiciary' on a Saturday on April 20, 2019.

Speaking at the launch of his autobiography, Justice for the Judge, Justice Gogoi on Wednesday said that he should not have been part of the bench to hear the case saying, "We all make mistakes and there was no harm in accepting it."

"In hindsight, I should not have been a judge on the bench (which heard alleged sexual harassment case against him). 45 years of my hard work in bar and bench was being spoiled. It might have been better if I was not part of the bench. We all make mistakes. No harm in accepting it," said the former CJI, who is now a Rajya Sabha MP.

In 2019, a former Supreme Court staffer had accused him of sexually harassing her, and pursuant to her allegations, the Supreme Court took suo motu cognisance and a three-judge bench headed by Justice Gogoi was constituted.

He was later given a clean chit by an in-house committee of three judges headed by Justice SA Bobde.

Other members of the committee were two women judges -- Justices Indu Malhotra and Indira Banerjee.

In the autobiography, the former CJI writes about the sexual harassment allegations and says when they came to light, the bench convened a special sitting, but, despite his presence on the bench, he refused to sign the order.

"This unscheduled hearing on Saturday, which has been much talked about, was extremely short. In fact, there was no hearing at all. I expressed my indignation at the allegations and maintained that it was an attempt by certain unknown quarters to jeopardize the functioning of the CJI. At the end of the hearing, a very innocuous order was passed," he writes in the autobiography.

Gogoi, who is credited for bringing the curtains down on November 9, 2019, on the politically sensitive Ayodhya land dispute, writes about what he did after delivering the unanimous verdict.

"After the judgment, the secretary-general organised a photo session in the judges' gallery outside Court No 1, below the Ashoka Chakra. In the evening, I took the judges for dinner to the Taj Mansingh Hotel. We ate Chinese food and shared a bottle of wine, the best available there. I picked the tab, being the eldest," he writes in the autobiography.

The book also deals with the dramatic and unprecedented January 12, 2018, press conference against the functioning of the then CJI Dipak Misra.

The presser was organised at the residence of Justice Chelameswar and was addressed by justices Chelameswar, Gogoi, MB Lokur, and Kurian Joseph.

He writes in the book that though he believed it was the right thing to do, he did not 'expect' a press conference but only a meeting with a few journalists.

"12 January 2018 was a Friday, a miscellaneous day. Immediately after miscellaneous work, around 12 noon, I went to Justice Chelameswar's residence. What I saw there shocked me: the press was in full attendance, several cameras were set up on the back lawn of his residence, which was the venue of the meet. Outside there were several OB vans," Gogoi writes.

"I did not expect this; what I had understood by Justice Chelameswar's expression 'let us meet the press' was a meeting with a few/some journalists. Anyway, there was no way out now. Not that I wanted to make a retreat; I had committed to addressing the press and I believe till today that, given the circumstances, it was the right thing to do, though very unusual," the ex-CJI said.

Justice Gogoi, hailing from Dibrugarh in Assam, became the CJI on October 3, 2018, and demitted office on November 17 next year. Why no questions asked from 'activist judges': Gogoi 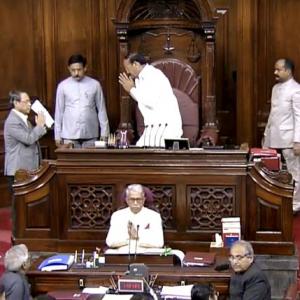 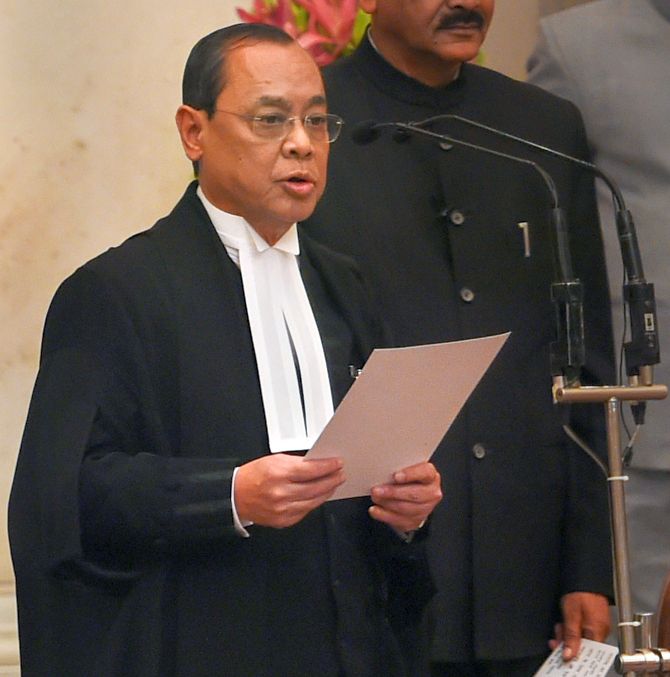