Sexual assault on wife cannot but be termed to be rape: K'taka HC

The Karnataka high court on Wednesday said that a brutal act of sexual assault on wife, against her consent, albeit by the husband, cannot but be termed to be rape. 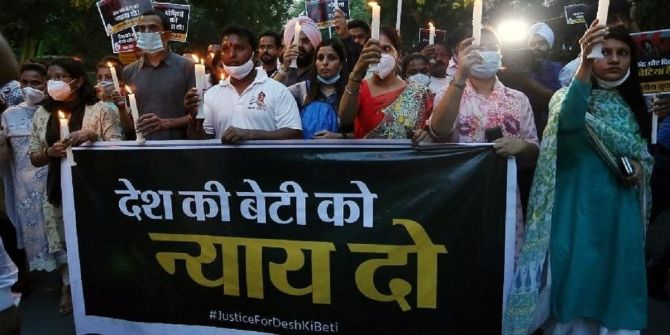 It said such sexual assault by a husband on his wife will have grave consequences on the mental state of the wife; it has both psychological and physiological impact on her.

Further stating that such acts of husbands scar the soul of the wives, the court observed that it is, therefore, imperative for the lawmakers to now "hear the voices of silence".

The single judge bench of Justice M Nagaprasanna made these observations while refusing to interfere with the proceedings initiated against a man, the petitioner, on charges of rape, cruelty as also offences under the POCSO Act for alleged sexual acts against his wife and daughter.

"If a man, a husband, a man he is, can be exempted from the allegation of commission of ingredients of Section 375 of the IPC (rape), inequality percolates into such provision of law," the court said.

Stating that all human beings under the Constitution are to be treated equal, be it a man, be it a woman and others, it said, any thought of inequality, in any provision of law, would fail the test of Article 14 of the Constitution.

"Woman and man being equal under the Constitution cannot be made unequal by Exception-2 to Section 375 of the IPC," it further said, adding, it is for the lawmakers to ponder over the existence of such inequalities in law.

Further, pointing out that for ages man donning the robes of a husband has used the wife as his chattel; but his crude behavior notwithstanding his existence because of a woman, the court said, "The age-old thought and tradition that the husbands are the rulers of their wives, their body, mind and soul should be effaced. It is only on this archaic, regressive and preconceived notion, the cases of this kind are mushrooming in the nation"