The south and east Delhi mayors on Tuesday asked meat shops in their jurisdictions to remain shut during Navratra, saying that "most people do not consume non-vegetarian food" for nine days, even as there was no official order issued by the civic bodies. Following their statements, several meat shop owners in these areas of the national capital kept their establishments closed, fearing action by officials.

However, in some markets of the city meat is anyways not sold on Tuesdays as this day of the week is considered auspicious by many Hindus.

As the move triggered sharp reactions on social media, BJP MP Parvesh Sahib Singh Verma, however, not only supported the call by the mayors, but said such restriction should be imposed all over the country during Navratra.

On closing of meat shops in areas under the North Delhi Municipal Corporation, a senior official of the civic body said, "I have not come across any such proposal relating to the NDMC".

National Conference leader Omar Abdullah hit out at the SDMC mayor, tweeting, "During Ramzan we don't eat between sunrise and sunset. I suppose it's OK if we ban every non-Muslim resident or tourist from eating in public, especially in the Muslim dominated areas. If majoritarianism is right for South Delhi, it has to be right for J&K (Jammu and Kashmir)."

Meat shops in several markets in south Delhi, including at INA and at Jor Bagh, remained shut on Tuesday, fearing action by authorities.

There are around 40 meat shops in the INA market, and some owners said that the decision to keep shops closed was taken after Suryan's remarks.

While no official order has been issued so far, Suryan in a letter to SDMC Commissioner Gyanesh Bharti on Monday had said that "religious beliefs and sentiments of devotees are affected" when they come across meat shops or have to bear the foul smell of meat on their way to offer daily prayers to goddess Durga during Navratra.

Meat shops will not be allowed to open from Tuesday during Navratra till April 11, he had said and asked the municipal commissioner to ensure strict adherence of his directives.

"Most of the meat shops were closed today. Most people do not eat meat, onion-garlic during Navratra time. So keeping in view the religious sentiments of the public, there is no need to open meat shops during the Navratra festival. An order in this regard will be issued today," Suryan told PTI on Tuesday.

Aggarwal also "appealed" to traders to keep meat shops closed during Navratra in view of "religious sentiments" of the community.

"I held a meeting today with senior officials, and in keeping with the religious sentiments of people, have appealed to traders to keep meat shops closed during Navratra, or at least on the last three days of the festival," he said.

The East Delhi mayor, however, said, every year on the last three of Navratra, the Ghazipur slaughterhouse is closed, and this year it will be closed on April 8-10.

"So, it means if anyone is selling meat (of buffalo or goat) in this period, it would be either stale or slaughtering done through illegal means. So, I have ordered that 16 teams be formed to keep a very watchful eye on such traders, and take actions accordingly," Aggarwal said.

"Actions will include seizure of meat or imposition of challan or even revoking if license or sealing of shops, as per the situation," he said.

The owners of meat shops at the INA market said that they shut their establishments fearing action from authorities, even as no official order has been issued in this regard.

"The (meat) shops at the INA market are closed fearing action by authorities. Yesterday, the SDMC mayor announced in the media that strict action will be taken against those opening shops during Navratri. We have decided among ourselves to close our shops for today," Sanjay Kumar, manager at Bombay Fish Shop, said.

Meat shops remained closed through the day, he said.

Kamal, co-owner of Pigpo meat shop in Jor Bagh, said he had opened the shop in the morning but after learning about the mayor's statement, decided to close it.

"We opened the shop in the morning but have shut it after we got to know that shops in nearby markets are closed," Kamal said.

Meanwhile, Saleem, general secretary of the Ghazipur Murga Mandi, said that meat shops are closed today as per their usual schedule. The impact of the mayor's request will be clear by 9 am Wednesday.

This is the first time when the civic body has asked for the closure of meat shops under its jurisdiction during Navratri which is being observed from April 2-11.

Meanwhile, many commoners also protested such a move by the civic bodies in a democratic country.

"Mukesh Suryan, Mayor of South Delhi Municipal Corporation (SDMC), on his recommendation to shut meat shops in Delhi during Navratri. Mukesh Suryan should know that India is a secular country, not a Hindu state. So, stop your saffron mindset of hatred and nonsense," alleged user @thisismalik on Twitter.

West Delhi MP Parvesh Verma said that Muslim community should not be influenced by "provocative" statements of leaders like Asaduddin Owaisi and should maintain harmony.

"If other communities respect the Hindu festival and welcome the decision, we will also show respect when their festivals will be celebrated," he said. 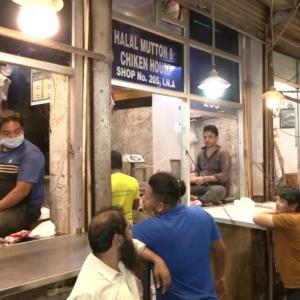 Nothing official about Delhi meat ban during Navratra