After serving the Indian Army for 30 years, a retired officer has been branded as a Bangladeshi immigrant by the Assam police. 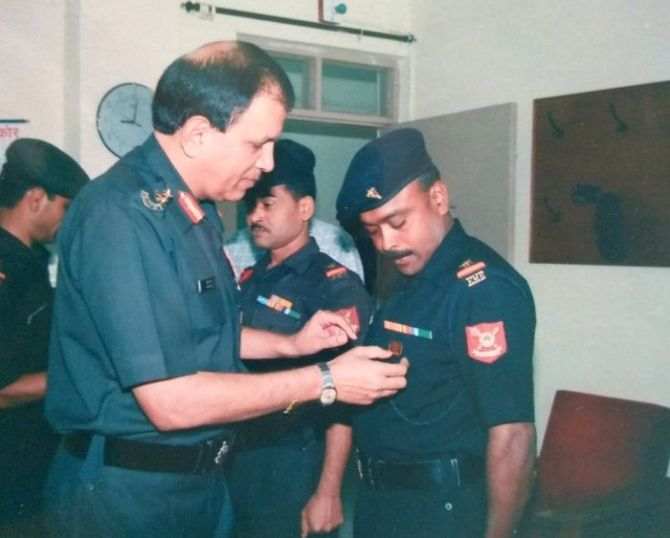 An Assam-based retired defence personnel has claimed that the foreigners' tribunal has sent him a notice asking him to prove that he was not an illegal Bangladeshi migrant but an Indian citizen.

Mohd Azmal Hoque, the Junior Commissioned Officer who had retired from service on September 30, 2016 told reporters on Saturday that he had received the notice placing him in the doubtful-voter category.

It also charged him with having entered India in 1971 without proper documents, he said.

"I have served the Indian Army for 30 years," Hoque said adding that he had received the notice asking him to appear before a local tribunal on October 13 with relevant documents to prove his Indian citizenship.

The retired JCO said, he had missed the first date of appearing before the tribunal on September 11 as he had received the notice after that date.

He said, he will appear before the tribunal on October 13.

"In 2012 also, I had received a notice saying I was a doubtful voter but I submitted all documents in the tribunal court and it had declared me as an Indian citizen", he said.

"Why do I have to be humiliated so many times? I request the prime minister, the president and the home minister to end this harassment of a proper citizen," Hoque said.

He said, he is not the first member of his family to have been served with such a notice. In 2012 his wife Mamtaj Begum was also summoned by the tribunal to prove her citizenship.

The issue was brought to the attention of the army by a twitter post of lawyer Aman Wadud where he said, "Mohd. Azmal Haque,served in Indian Army for 30yrs, Retd as Junior Com Officer,now accused of being illegal immigrant by AssamPolice. @adgp i yesterday".

Replying to Wadud’s tweet, Major DP Singh, notified the Eastern Command which said "necessary assistance will be provided to the veteran".

Meanwhile, Assam Director General of Police Mukesh Sahay has said that the police was looking into it.