Sena goes after ally BJP: 'We don't use Hindutva to gain power' 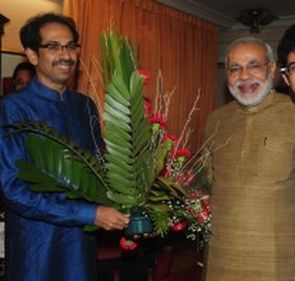 The Bharatiya Janata Party on Thursday came under fresh attack from its ally Shiv Sena, which slammed it for creating a "trust deficit" by hobnobbing with the Raj Thackeray-led Maharashtra Navnirman Sena in the run-up to the polls and asked it to mend its ways and follow the "alliance dharma".

In a hard-hitting editorial in mouthpiece Saamana, party president Uddhav Thackeray asked the BJP to adhere to the "dharma" of the alliance and cited the example of Sena founder Bal Thackeray "who had rejected the offer of BJP rebel Shakarsinh Waghela in 1996 to form a government of Shiv Sena in Gujarat".

"Modi's rise in Gujarat was possible because Bal Thackeray stuck to the dharma of alliance and did not align with Waghela. The BJP leaders who tried to reach out to Sena deserters should read this history," Uddhav said.

Uddhav also stressed that if the BJP wanted Modi to become the prime minister, the party needed “to create an atmosphere of trust".

"Our ideology of Hindutva is not to gain power. We don't don the garb of Hindutva in hunger for power and there is no room for betrayal in Hindutva. Our ideology is Hindutva and will continue to be so irrespective of anyone being with us or not," the editorial said.

Uddhav said, "If the BJP wants power at the Centre with Modi as prime minister, it should create an atmosphere of trust. You don't get trust if you don't create one yourself for others”.

The Sena president also said his party was capable of fighting its own battles.

"If you sidestep and betray friends who have stood by you through thick and thin, you will be self-inflicting the label of betrayal," Uddhav said.

He referred to some reports appearing in the media, saying the BJP has adopted a new policy of "tying up with one regional party and carrying out backdoor deals with another".

The pointed attack came against the backdrop of former BJP chief Nitin Gadkari's overtures to Raj Thackeray and his proposal to MNS to not contest the Lok Sabha elections to prevent consolidation of votes in favour of the Congress.

"The party is hitting its head against the wall and has hurt itself in the process. The BJP should invoke provisions of the Domestic Violence Act to treat their self-inflicted injuries. After being told by us, Narendra Modi, Rajnath Singh, Rajiv Pratap Rudy have applied Zandu balm, but what is the guarantee that there will be no domestic violence again," the editorial said.

"Despite the Hindutva wave after the rath yatra, the BJP could not form the government on its own even though towering leaders like A B Vajpayee and L K Advani were leading it. It was Pramod Mahajan who deftly handled the coalition of 30-32 parties," Uddhav said.

He said there were reports of rumblings in various allies of the BJP in other states as well.

"The BJP did not consult ally Kuldeep Bishnoi in Harayana while getting Om Prakash Chauthala-led Bharatiya Lok Dal into the NDA’s fold. Similarly, the BJP also did not take Chandrababu Naidu into confidence while inducting NT Rama Rao's daughter, who was a Congress minister till recently," Uddhav said.

In the no-holds-barred attack, Uddhav also referred to recent inductions in the National Democratic Alliance and the BJP, which have apparently not gone down well with some leaders of the saffron party.

"Many BJP leaders are upset because of Ramvilas Paswan's entry into the NDA. Advani is not happy that Yeddyuruppa has been re-inducted while Sushma Swaraj is unhappy with the entry of Vinod Sharma, father of Jessica Lall murder case convict Manu Sharma," Uddhav said. 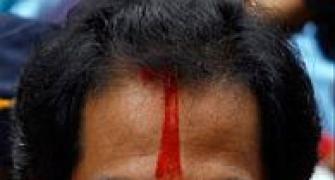 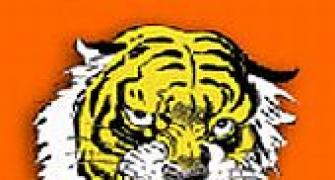 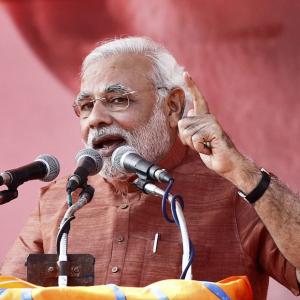 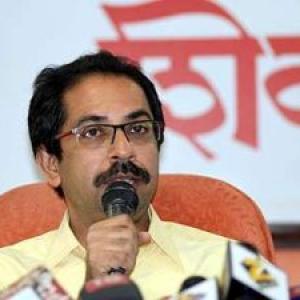