Sena concerned over removal of SPG cover of Gandhis

Expressing concern over the withdrawal of Special Protection Groupcover given to Congress president Sonia Gandhi and her children Rahul and Priyanka, the Shiv Sena on Saturday said political differences should be kept aside in such matters and one should not play with anybody's life. 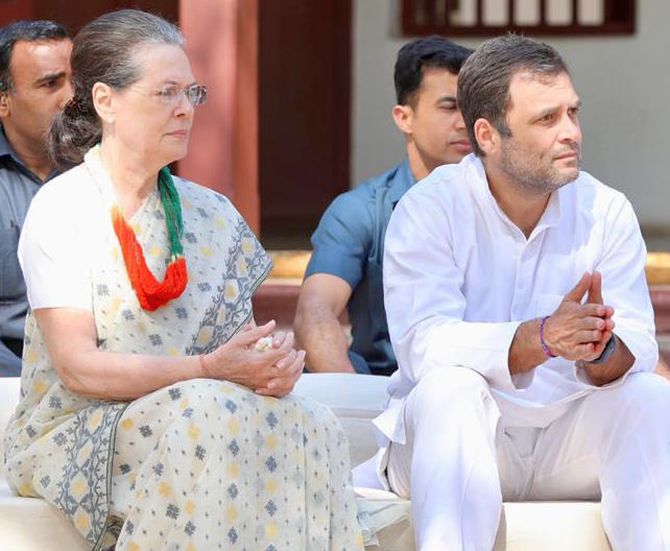 The Shiv Sena, which joined hands with the Congress and the Nationalist Congress Party to form government in Maharashtra this week, asked who in the Union home ministry felt that the threat perception of the Gandhi family has reduced.

The party also urged Prime Minister Narendra Modi, who is now the only person being protected by the elite SPG commandos, to look into the issue.

The Centre withdrew the SPG cover of the Gandhi family earlier this month and replaced it with the 'Z-plus' security cover by the Central Reserve Police Force.

Earlier this week, the Lok Sabha passed the Special Protection Group (Amendment) Bill, 2019, as per which the SPG will now protect the prime minister and members of his immediate family residing with him at his official residence.

"Be it Delhi or Maharashtra, the atmosphere should be fear-free. It is the responsibility of the rulers to create such an atmosphere that those in public life can work fearlessly. There is no objection to withdrawing the security cover when such atmosphere prevails," the Sena said in an editorial in its mouthpiece 'Saamana'.

"But the prime minister, the home minister, ministers and other ruling party leaders are not ready to give up their protection cages. The importance of bulletproof vehicles is also not reduced. This means there is some basis for the question being raised about the security of the Gandhi family.

"The news reports about old vehicles being deployed in the motorcade of Gandhis are also worrying. The prime minister should look into the issue if the alarm bells are ringing," the Sena said.

Referring to the "overnight" lifting of President's rule in Maharashtra last Saturday, the Shiv Sena said the Amit Shah-headed ministry had also felt that BJP's Devendra Fadnavis had majority in the state, but "the truth was different".

Fadnavis had formed government in Maharashtra with NCP's Ajit Pawar last Saturday. But the government could last for only 80 hours for want of numbers after Pawar quit citing "personal reasons".

"Hence, the doubt remains there (about the perception that threat to Gandhis is lesser)," the Sena said.

The saffron party also recalled the assassinations of late prime ministers from the Gandhi family, Indira and her son Rajiv, in 1984 and 1991 respectively, following which the SPG cover was provided to the Gandhis.

The party said late Shiv Sena founder Bal Thackeray had talked about the threat to the life of Rajiv Gandhi when Indo-Sri Lanka peace accord was signed in 1987.

"The government may feel everything is fine now, but bomb explosions were carried out at a Colombo hotel some months ago," it said to drive home its point.

The Union home ministry withdrew the cover after it felt the threat to the Gandhis has waned, the Uddhav Thackeray-led party said, and asked exactly who in the ministry felt so.

"There can be political differences with the Congress or the Gandhi family. The tussle with the Nehru family has turned intense over the last five-odd years (since BJP came to power at the Centre). But one should not play with somebody's life," the Sena said.

It said it would have expressed the same view even if there was somebody else in place of the Gandhis. 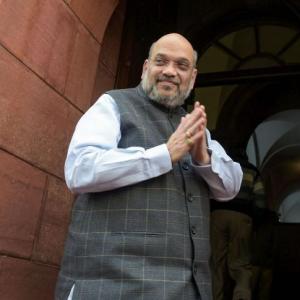 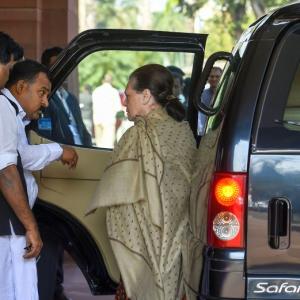