Seen A Sadder Face in Politics?

Naidu steps down from office on Wednesday, likely ending an almost 60 year career in politics. 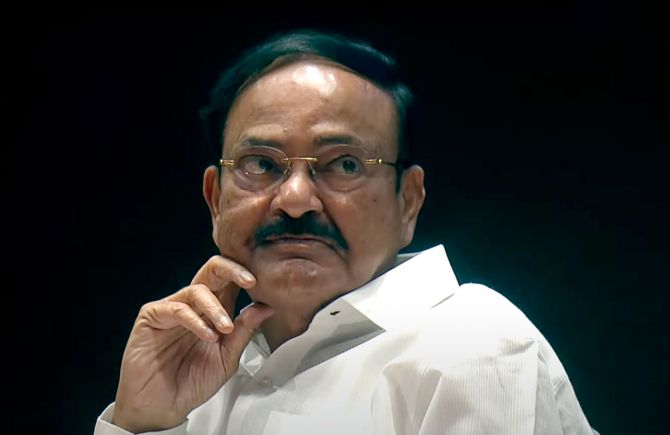 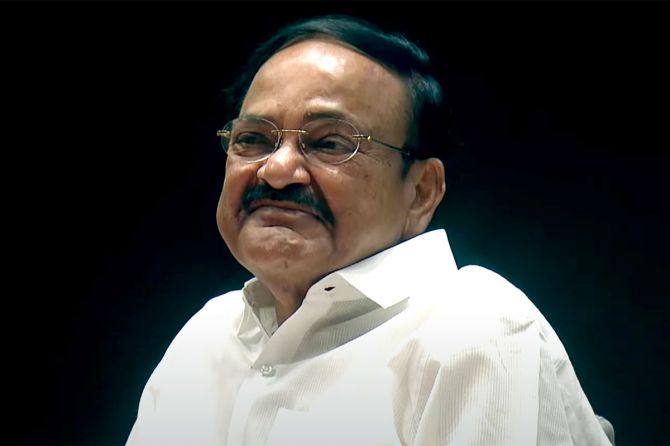 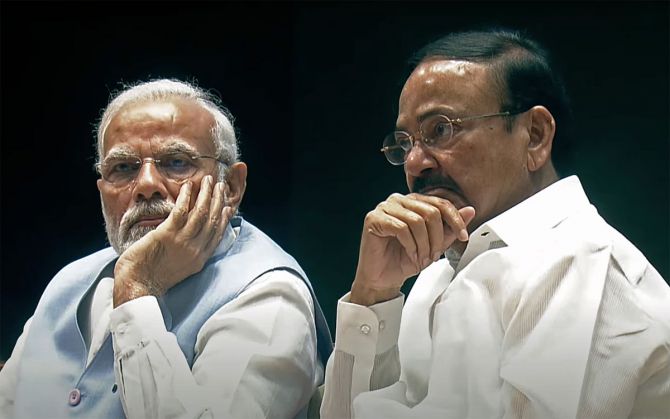 IMAGE: Naidu may have expected to be elevated to the Presidency, but it was always a long shot given his political equations with the two Gujarati gentlemen who currently run the BJP. Photograph: Sansad TV/ANI Photo

IMAGE: Modi may have expected Naidu, who was also chairman of the Rajya Sabha, to have run the Upper House with a firmer hand, but as an alumnus of the Advani school of politics, Naidu may have been circumspect in his rulings, but he was always going to let Opposition MPs have their say. Photograph: Sansad TV/ANI Photo IMAGE: Modi will expect Jagdeep Dhankar -- who unlike Naidu, a Sangh politician all his life, has flitted from Janata Dal to Congress to BJP -- to run the Rajya Sabha the way he wants the House of Elders to be run.
Will that happen? Dhankar, who met his match in Mamata Banerjee as West Bengal governor, has his work cut out when the House reconvenes in its new premises in November. Photograph: ANI Photo IMAGE: Naidu has lived in New Delhi for many years and is likely that he will move to Chennai or Hyderabad, cities in which he has homes. Photograph: PIB/ANI Photo 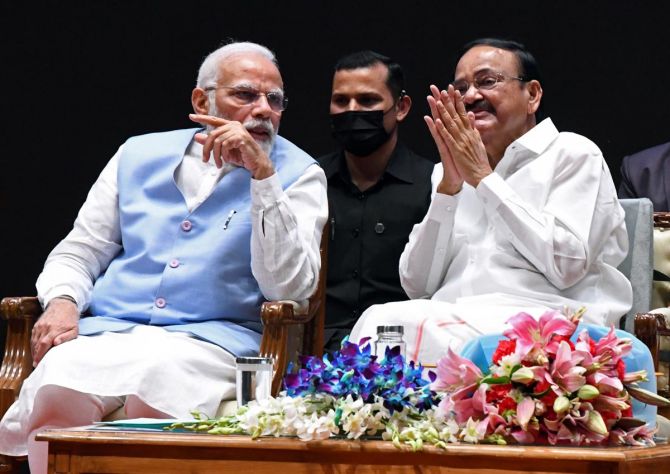 IMAGE: Of course, if he chooses to write his memoirs, it would be the biggest publishing coup of the year.
Like his mentor Lal Kishenchand Advani, Muppavarapu Venkaiah Naidu has been a lifelong loyalist of the Sangh Parivar. If he decides to commit his memories to paper, will he choose candour or be careful, knowing that the afore-mentioned gents don't forgive or forget easily? Photograph: ANI Photo