'Seeking ban on mobiles to avoid rape is a no-brainer' 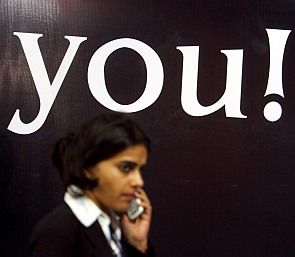 Karnataka legislative standing committee chairperson Shakuntala Shetty’s recommendation seeking a ban on mobile phones on all schools and colleges to prevent rapes has triggered a row.

However, experts say that the Puttur MLA’s suggestion is not a new development, as a ban is in force on use of cell phones in schools across Karnataka since the past three years.

Defending the panel's finding, Shetty had said: "When I did go through two or three rape cases of minor girls, what they told me was that they had got a missed call and out of curiosity they wanted to find out about it and it started from there...."

A red-faced Congress has distanced itself from Shetty’s remarks. There is already a proposal within the ruling party not to accept it.

Karnataka Chief Minister Siddaramaiah said, “In such an advanced age of technology, I don't think the use of cell phones affects children.”

Pramila Nesargi, former chairperson of the women's commission, has rubbished the recommendation terming it as a cheap publicity stunt.

“It is a no-brainer and people with no sense have made such a recommendation. There is already a prohibition on cell phones in schools and hence I do not know why the panel even went into it. To say that rapes can be prevented if cell phones are banned in colleges is something that makes no sense,” Pramila said.

Pramila added, “There is no rule that states that phones cannot be used by persons under 18. In this 21st century, where there is so much impetus on information technology, it is stupid to call for such a ban. Article 14 gives everyone the right to equality before law.”