The Chandigarh University on Saturday set a new Guinness World Record for the world's largest human formation of a waving national flag in Chandigarh. 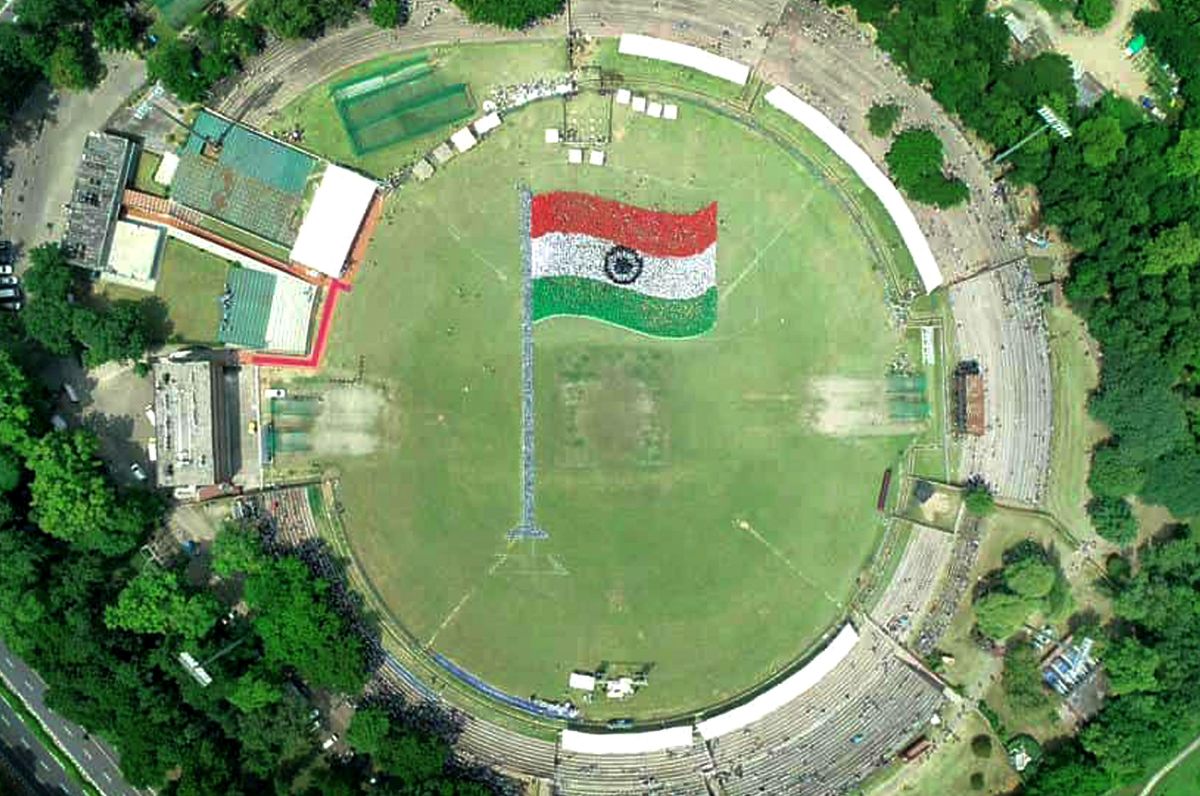 As many as 5,885 students from the Chandigarh University and other schools and colleges along with volunteers of the NID Foundation and other dignitaries gathered for the flag formation at the Chandigarh Cricket Stadium here, according to a release issued by the university.

The feat was achieved by breaking the previous record made by an institution in the United Arab Emirates.

Swapnil Dangarikar, Guinness World Records official adjudicator, said, “The previous world record for the 'largest human image of a waving national flag' achieved by GEMS Education in Abu Dhabi, UAE has been broken and a new world record has been created by NID Foundation and Chandigarh University in today's event.”

The UAE had achieved the record for the largest human image of a waving national flag with 4,130 people in 2017, it said.

Dangarikar handed over a copy of the GWR certificate to the governor and the university chancellor.

The event was aimed at strengthening the 'Har Ghar Tiranga' campaign envisioned by Prime Minister Narendra Modi as part of the 'Azadi Ka Amrit Mahotsav' to mark 75 years of India's Independence.

On the occasion, Governor Purohit said that with the feat, Chandigarh has given a great message to the entire world on the 75th anniversary of India's Independence.

“This event has become even greater than what I had imagined. I extend my heartfelt congratulations to Chandigarh University Chancellor and NID Foundation Chief Patron Satnam Singh Sandhu whose team has achieved this feat.

“The way that the NID Foundation and Chandigarh University has been able to bring people together, celebrating the spirit of patriotism and paying tributes to those who made supreme sacrifice for the country's freedom, has been absolutely commendable,” said Purohit.