Youth, including those from a minority community, decided to protect a temple when a mob was going on a rampage in Bengaluru after being irked over a social media post on an allegedly communally sensitive issue.

A video of the youth quickly forming the human chain to protect the Hanuman temple on Shampura Main Road has gone viral, even as the mob was indulging in arson.

The human chain was formed on Tuesday night as a result of some quick thinking while violence sent shock waves across DJ Halli, KG Halli and neighbouring areas of Pulakeshinagar.

"We saw the rioters coming in groups towards the temple and their intention seemed to damage it. Then we decided to form a human chain to protect it," a youth who wished not to be named, said.

He expressed fear that any damage to the temple could have complicated things further.

On Tuesday night, a mob had gone on the rampage at Pulakeshinagar irked over the social media post allegedly put out by a Congress legislator's relative, with the government terming the violence as a well-planned act.

Three persons were killed when police opened fire to quell the mob and scores of others, including over 50 police personnel, sutained injuries in the violence that stretched till the wee hours of Wednesday.

The mob had set on fire the DJ Halli Police Station, besides damaging Pulakeshinagar Congress MLA Akhanda Srinivasa Murthy's property for his nephew Naveen had allegedly posted some objectionable content in the social media about a week ago.

State revenue minister R Ashoka had dubbed the violence pre-planned with an intention to spread it in other parts of the city.

Naveen has also been arrested. 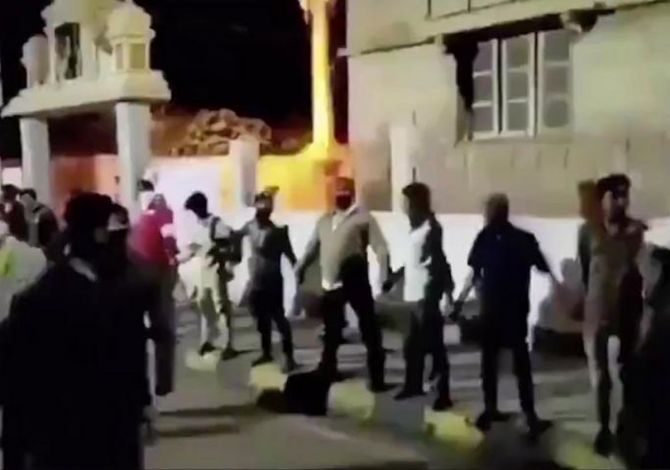 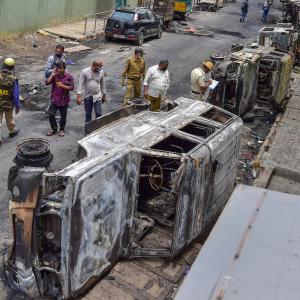