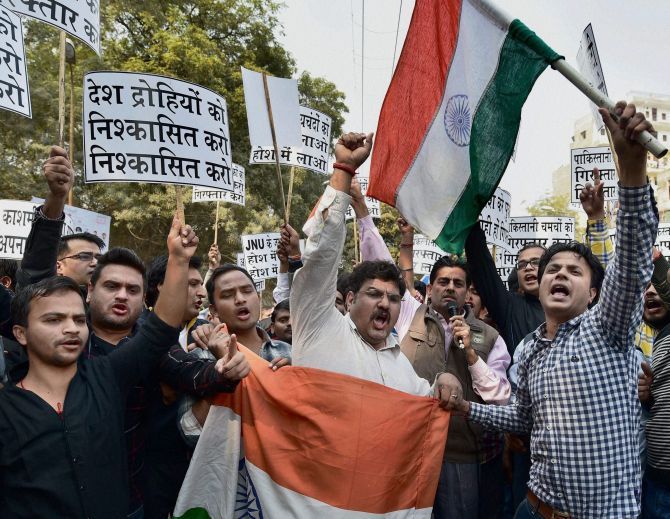 The sedition law, which has come under focus after the Jawaharlal Nehru University row, needs "reconsideration," newly-appointed Law Commission Chairman Justice Balbir Singh Chauhan said on Tuesday but asserted that the panel will not jump to any conclusion before hearing out stakeholders.

"Actually it (sedition law) requires reconsideration. We do not know what is the problem, what are the difficulties. We will hear all the stakeholders, consult criminal lawyers," the former Supreme Court judge told PTI.

He said the recently-reconstituted 21st law commission "cannot jump to any conclusion" before understanding the difficulties relating to section 124 A of the IPC dealing with sedition. "What are the difficulties, why it requires reconsideration, whether there is any need of change of definition. And only then we will make a report. We cannot jump to any conclusion...," he said.

He said the priority for the commission would be come out with the report on comprehensive review of the criminal justice system which would include a relook at the Indian Penal Code, Code of Criminal Procedure and the Evidence Act.

While the IPC and the CrPC are handled by the Union Home ministry, the Evidence Act comes under the domain of the law ministry.

Justice Chauhan said the government has given the commission a list of issues for its consideration, including hate speech, live in relations, rights of victims and "comprehensive review" of the criminal justice system.

"We will take up the issues one by one, otherwise it will be difficult to hand over reports," he said. The issue of sedition law, which was part of government's effort to review the criminal justice system was referred to the 20th law commission headed by Justice A P Shah in 2012.

But the previous Commission could not submit a report on the issue.

The arrest of the JNU student’s union president on charges of sedition triggered a debate on whether this law can be misused to crush freedom of expression.

Against the backdrop of JNU row, the government had earlier this month acknowledged in the Rajya Sabha that the definition of sedition law is "very wide".

Home Minister Rajnath Singh had agreed for an all-party meeting to discuss the issue after the Law Commission submits its report on sedition law.

The government had rejected opposition charge that it was rampantly using the law, contending that except the one case of JNU, sedition cases have mostly been registered outside Delhi.

"Anybody, who speaks against the government can be booked under sedition law. Amendments have been suggested because the definition is very wide...there are various cases. That is why concerns were have been raised. I would like the ask the law commission to consider a very comprehensive review," Minister of State for Home Kiren Rijiju had said replying to questions.

Rijiju said the law commission, in its 42nd report submitted in June, 1971, had noted that the sedition law is "defective" but did not favour its deletion.

Quoting figures from a report of National Crime Records Bureau, he said a total of 47 cases under the sedition law were reported across the country in 2014 of which the maximum 16 cases were registered in Bihar in which 28 arrests were made.

The second highest is Jharkhand, he had said adding that Kerala and Odisha follow them in the descending order.