Second heavily decomposed body brought out of Meghalaya's rat-hole mine

Rescuers have retrieved the second heavily decomposed body of an unidentified digger from a 370-feet illegal rat-hole mine in Meghalaya’s East Jaintia Hills district, 77 days after 15 men got trapped inside the flooded coal quarry, an official said on Thursday. 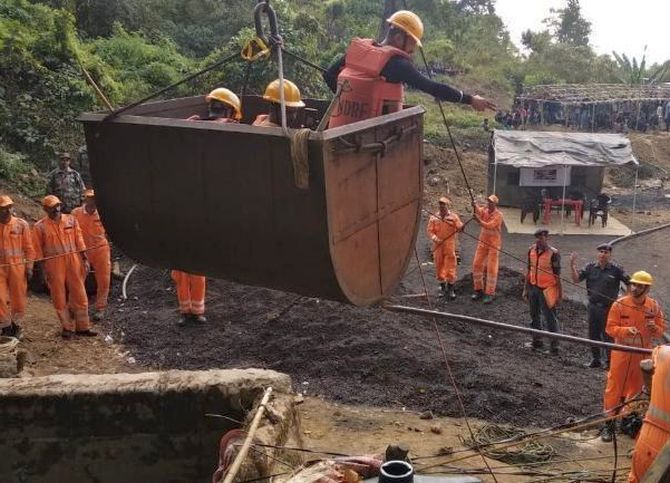 The body, located 200 feet away from the bottom of the mine, was brought out using the Indian Navy’s underwater remotely operated vehicle and an National Disaster Response Force boat on Wednesday, said operations spokesman R Susngi.

This is the second heavily decomposed body to be lifted from the mine after it flooded accidentally on December 13, 2018.

The first body, identified as that of Amir Hussain from Assam’s Chirang district, was pulled out of the mine on January 24.

Assistant Commandant of Guwahati-based NDRF battalion, Santosh Singh, who has been leading a team of rescuers from the starting day of the tragedy, said on Thursday three more bodies of the miners were sighted in last few days but they slipped and vanished in course of being pulled out of the narrow shaft of the mine.

“Efforts are on to relocate these bodies and bring them out of the mine,” he said from the mine site located on the western side of a small hillock in Khloo-Ryngksan area by the side of Lytein river.

The body pulled out of the mine on Wednesday was dispatched to the civil hospital at the district headquarters at Khliehriat for post-mortem examination, Susngi said.

Fifteen miners were trapped deep inside the coal pit after water from the nearby Lytein river had gushed into the mine at Lumthari village in the Ksan area of East Jaintia Hills district on December 13 last year.

Apart from the Indian Navy, the army and the NDRF, the state’s agencies are engaged in the operations that began hours after the accident took place.

Giving details of the Wednesday operation, the NDRF officer said five persons, four NDRF rescuers and one from navy, went down into the main shaft number 26.

“After all the hardship and our dedicated efforts finally this body was recovered from 200 ft inside rat-hole with the help of ROV,” Singh said.

The NDRF official said their efforts would continue till the last body was retrieved from the mine.

Three companies, the Coal India Ltd, Kirloskar Brothers Ltd and the KSB, continued with de-watering the mines and their total water discharge in 24 hours is over 1 crore litre, Susngi said.

The mine disaster had shocked the nation. Media reports have highlighted about the cash-rich illegal coal mining in East Jaintia Hills district of Meghalaya in violation of a ban imposed by the National Green Tribunal in 2014.

The Supreme Court had on January 3 expressed strong dissatisfaction over the rescue efforts to trace the trapped miners and told the state government to bring them out dead or alive. 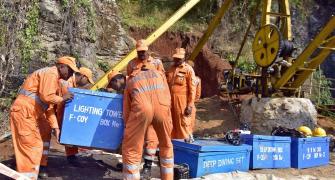 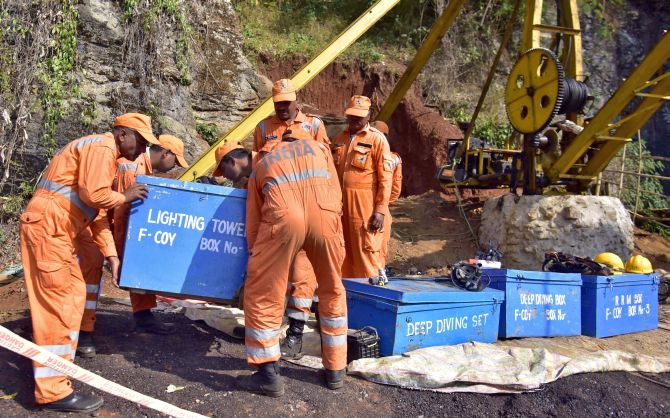