Racing against time, Pakistani troops, aided by sniffer dogs and mechanical equipment, on Sunday frantically searched for 135 people, mostly soldiers, buried under dozens of feet of snow after a massive avalanche slammed into a key army camp in the Siachen sector near Indian border.

Rescuers resumed the desperate search after suspending the operation late Saturday night because of darkness and poor weather, though there were no signs of survivors a day after the avalanche hit the camp.

Military officials told the media that there was no information of survivors as army chief Gen Ashfaq Parvez Kayani flew to Skardu to personally review the rescue operation.

Heavy machinery was airlifted from the garrison city of Rawalpindi for the rescue effort, officials said.

The avalanche hit a battalion headquarters at Gyari in Siachen sector, burying 124 security personnel and 11 civilians under up to 80 feet of snow in an area a kilometer wide.

The military's media arm issued a list of missing persons comprising three officers, 121 soldiers and 11 civilian employees. The incident occurred close to the border with India at a height of 16,000 feet in the eastern Karakoram mountain range.

The army had on Saturday rushed additional troops, sniffer dogs and helicopters to look for survivors.

The rescue operation progressed at a snail's pace because of time taken to airlift heavy machinery to the site from Rawalpindi, an official told the Dawn newspaper. The rescue operation was being seen as a "race against time amidst fading hope," he said.

PTV had earlier said that the avalanche hit at a time when the soldiers were asleep.

The troops buried under the snow are from the Northern Light Infantry, a formation that was involved in the Kargil conflict with India in 1999.

Among those buried under the snow were clerks, cooks, barbers and tailors.

Indian and Pakistani troops have been engaged in standoff on the Siachen glacier since 1984. However, the guns have largely been silent since late 2003, when the two countries put in place a ceasefire along the frontiers in Jammu and Kashmir.

With soldiers deployed at heights of up to 20,000 feet at temperatures as law as minus 50 degrees Celsius, more troops on both sides have died due to adverse weather than combat  on the world's highest and coldest battlefield.

The avalanche occurred on the eve of Pakistan President Asif Ali Zardari's private visit to India, where he met Prime Minister Manmohan Singh over lunch before travelling to Ajmer to pray at the Sufi shrine of Khwaja Moinuddin Chishti.

Expressing grave concern over the incident, the President emphasised that all resources should be employed in the search and rescue operation.

Separately, Gilani, who is in constant contact with the authorities concerned regarding the rescue operation, said the incident in no way would undermine the high morale of  soldiers and officers. 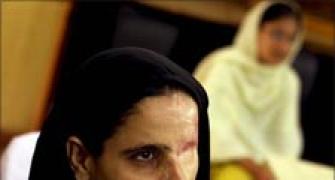 Zardari in Delhi, hopes to get PM to visit Pak this year