As many as 23 people, including foreigners, have been killed as security forces in Burkina Faso on Saturday ended a siege at a hotel and a restaurant, but continued to exchange gunfire at a second hotel nearby. 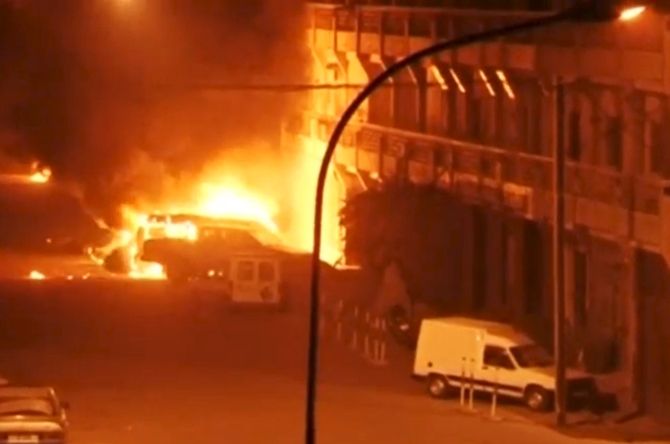 A view shows vehicles on fire outside Splendid Hotel in Ouagadougou, Burkina Faso in this still image taken from a video, during a siege by Islamist gunmen. Photograph: Reuters

Security forces eliminated at least four terrorists in the Burkinabe capital's four-star Splendid hotel and the nearby Capuccino restaurant.

Revealing details of the anti-terror operation, Interior Minister Simon Compaore said: "The attacks on the Splendid Hotel and the Cappuccino are over. But an assault is ongoing at the Hotel Yibi next to the Cappuccino. A total of 126 people, including at least 33 wounded, have been freed. Three jihadists -- an Arab and two black Africans -- have been killed."

The hotel is popular with westerners and United Nations staff and often used by French troops with Operation Barkhane, a force based in Chad and set up to combat Islamist militants across Africa's vast, arid Sahel region.

Security forces launched a counter-assault, storming the hotel in the capital Ouagadougou more than five hours after it was targetted.

The forces -- led by the approximately 40 Burkinabe soldiers with the help of 30 French troops and an unknown number of American troops -- stormed the Splendid Hotel in Ouagadougou's business district more than five hours after it was attacked by the jihadists.

At least ten of the victims in the terror attack were gunned down at the Cappuccino Cafe, situated next door to the hotel. The attack has been claimed by al-Mourabitoun, an al-Qaeda affiliated group based in the Sahel region of northern Mali. The Burkinabe President Roch Marc Christian Kabore confirmed that a fourth gunman at the Yibi Hotel has been killed and that two of the four attackers are thought to have been women.

Al Qaeda in the Islamic Maghreb have claimed responsibility for the attack, according to a statement released on an encrypted messaging app.

The group said it targeted the Splendid Hotel because it is popular with foreigners, saying the attack was sent as a message 'written by the heroes of Islam with their blood and body parts', according to The New York Times.

The statement was addressed to a foreign audience as 'the Cross-worshipers, the occupiers of our lands, the looters of our wealth and the abusers of our security'.

It claimed the attack was intended 'to punish the Cross-worshipers for their crimes against our people in Central Africa, Mali and other lands of the Muslims, and to avenge our Prophet, God's peace and blessings be upon him'.

Television network France 24 interviewed two survivors, both of whom didn't want to be identified. One, a woman, said the hostage-takers had shot a man in front of her.

“There was someone in front of me and they shot him and he fell onto me,” she said, her face covered in soot.

Another survivor told the network that his memories of the hotel’s interior were dominated by images of smoke and blood. He said he had only survived by escaping through a broken window.

“People were lying on the ground and there was blood everywhere,” he said. “They were shooting people at point-blank range. When they left they set fire to the place and the smoke started to suffocate me and the other survivors.” 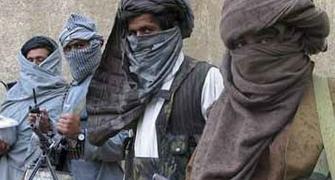 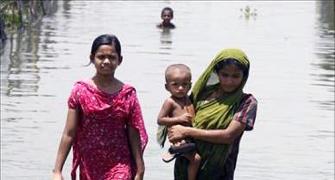 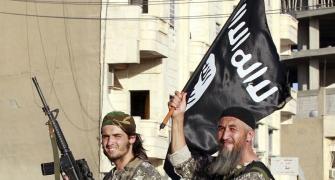 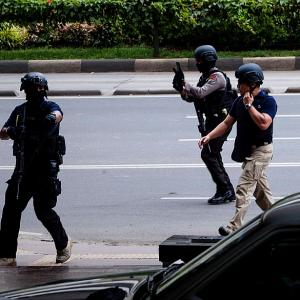