Physical classes in schools would resume across Maharashtra from October 4, the state government said on Friday. 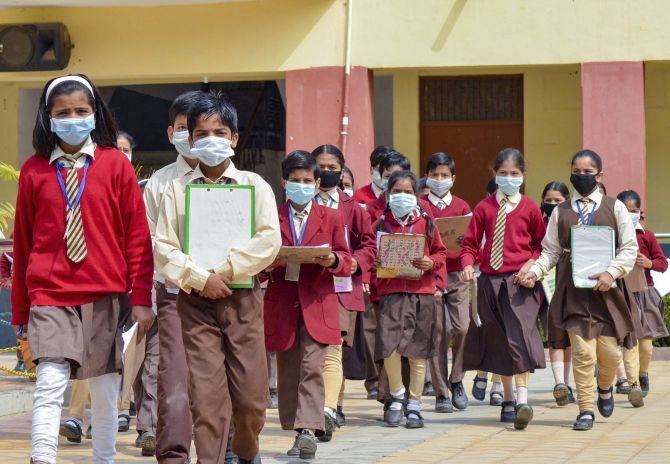 Physical classes for standards 8th to 12th would resume everywhere in urban areas too, she added.

Until now schools were conducting physical classes only in those areas which were reporting relatively fewer Covid-19 cases.

”Though schools will reopen in the entire state, there is no compulsion for students to attend physical classes. Consent of parents will be necessary if they want to attend," the minister added.

As per a survey conducted by the school education department, more than 70 per cent parents favoured reopening of schools, Gaikwad said.

The state government in July this year had allowed schools to restart physical classes in the rural areas where Covid-19 prevalence was negligible. The decision mainly benefited Vidarbha region.

But schools in major cities such as Mumbai and Pune remained closed.

The latest decision was taken after consulting health officials as well as the state government's Covid-19 task force, Gaikwad said.

”The school education department has given the powers to implement the decision as per local conditions to district collectors. Every school will have to conduct a parent-teacher meeting and apprise parents about precautions as well as the immediate steps to be taken by the school administration,” she said.

As to the residential schools run by the tribal development department, a separate decision will be taken by that ministry, Gaikwad said.