Twelve passengers were killed and three others sustained injuries as a private bus fell into a gorge in Himachal Pradesh's Kullu district on Monday, district officials said. 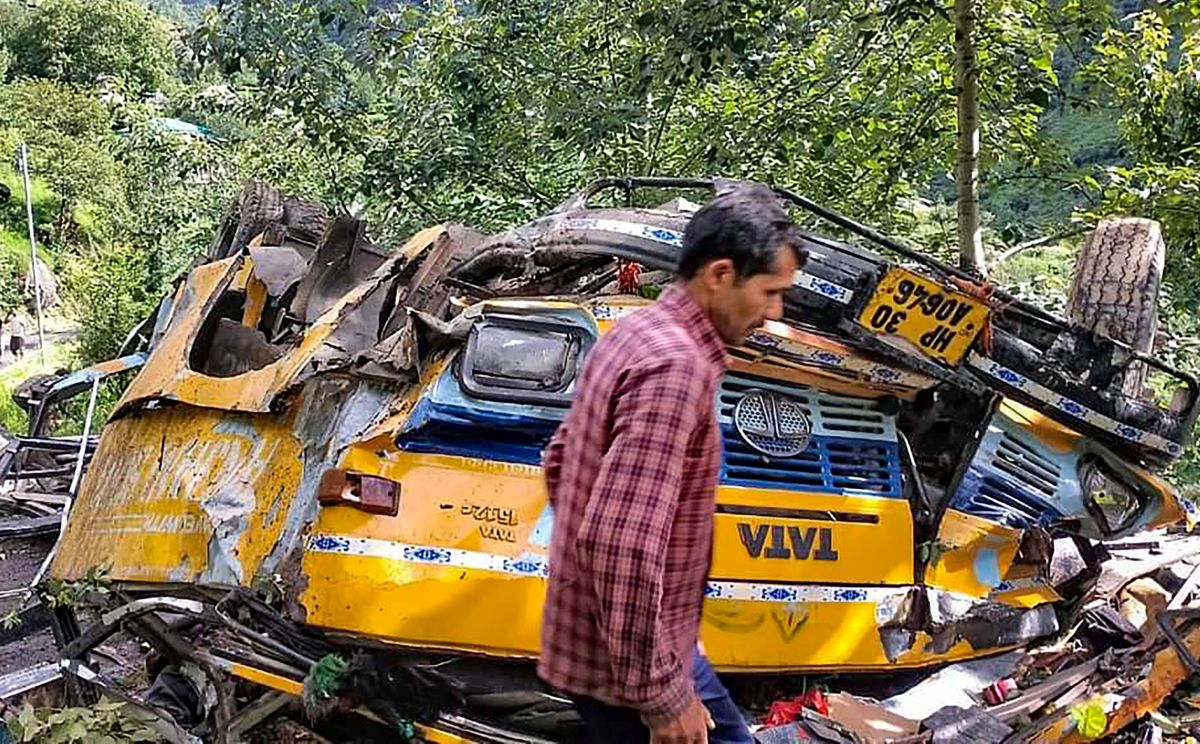 IMAGE: The wreckage of a bus after it fell into a gorge near Jangla village, in Kullu district, on Monday, July 4, 2022. Photograph: PTI Photo

The bus was on its way to Sainj from Shainsher when it fell into the gorge at a hairpin bend near Jangla village at around 8.30 am, they added.

Initial reports had suggested that 16 passengers were killed.

The president and prime minister have condoled the loss of lives in the accident.

President Ram Nath Kovind said he was distressed to learn about the death of students and other people in the accident. 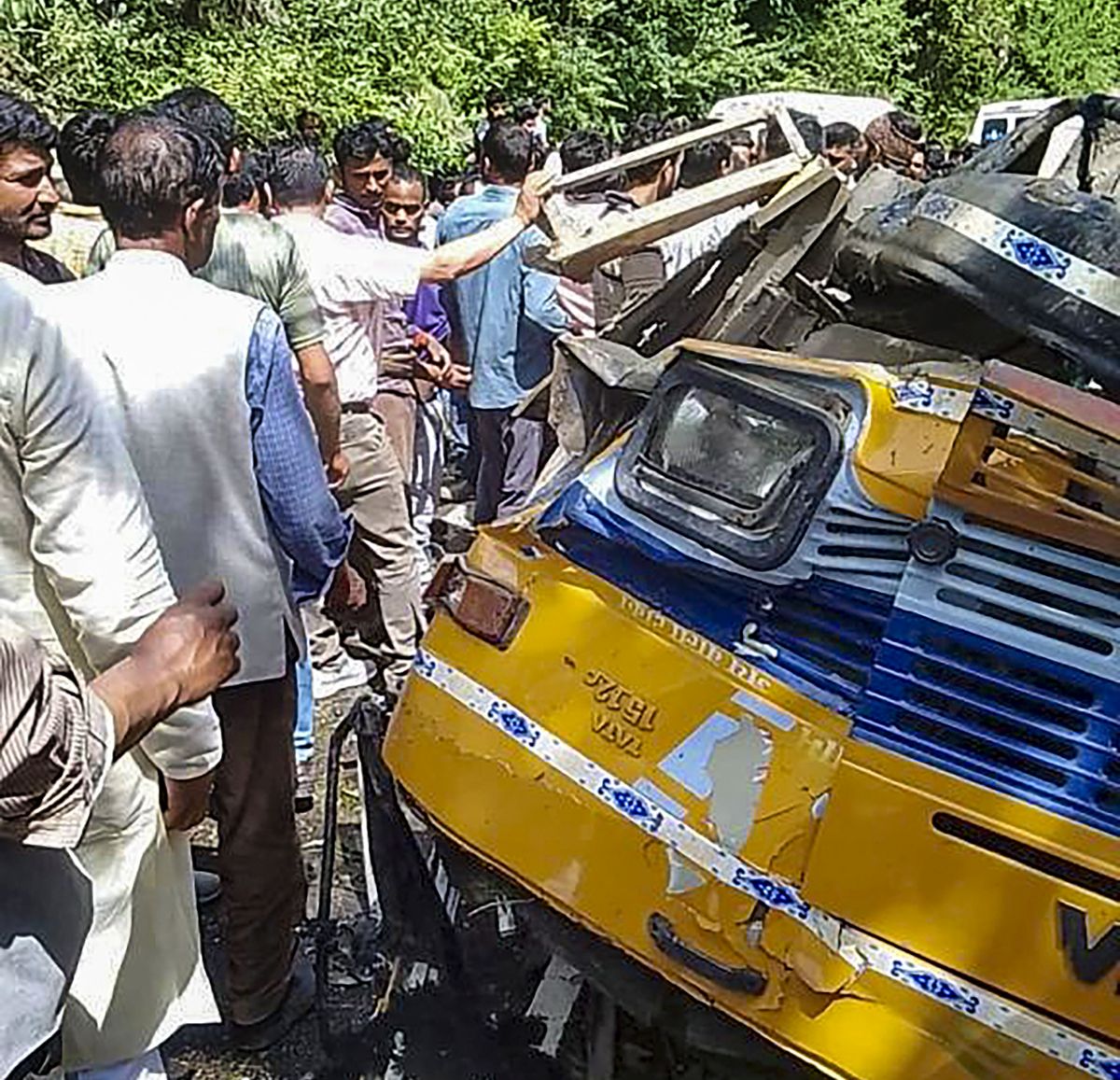 IMAGE: Locals gather near the mangled remains of the bus. Photograph: PTI Photo

Condoling the loss of lives, Prime Minister Narendra Modi announced Rs 2 lakh each for the next of kin of those who have lost their lives in the incident.

"The bus accident in Kullu, Himachal Pradesh is heart-rending. In this tragic hour my thoughts are with the bereaved families," Modi was quoted as saying in a tweet by his office.

"I hope those injured recover at the earliest. The local administration is providing all possible assistance to those affected," he said.

The injured would be given Rs 50,000 each, the prime minister's office said in a tweet.