The Supreme Court on Friday agreed to hear a plea filed by the mother of an Army officer seeking direction to the Centre to take immediate steps through diplomatic channel for repatriation of her son, who is lodged in jail in Pakistan for last over 23 years. 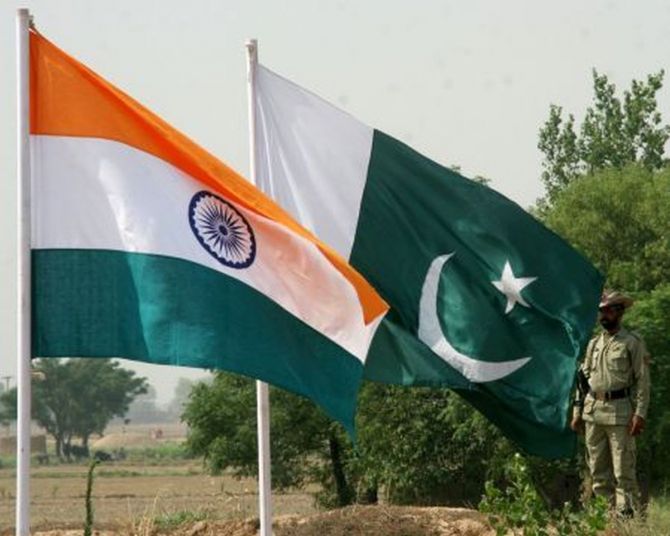 A bench headed by Chief Justice S A Bobde issued notice and sought response from the Centre on the petition filed by 81-year-old Kamla Bhattacharjee, mother of Captain Sanjit Bhattacharjee, seeking directions to the authorities to intervene in the case on an 'urgent humanitarian basis'.

The plea said the petitioner had received information that Sanjit, who was commissioned as an officer of Gorkha Rifles Regiment of Indian Army in August 1992, was lodged in Lahore's Kot Lakhpat jail.

The petitioner said that her family was informed in April 1997 that her son, who had gone for patrolling duty at night time on a joint border in Gujarat's Rann of Kutch, was apprehended by the Pakistan authorities while carrying out operation reconnaissance along the international borders on April 20.

'The petitioner's son in the span of past twenty three years has not been given any opportunity to state his case before the appropriate authority or allowed to communicate with his family members,' said the plea, filed through advocate Saurabh Mishra.

It said in April 2004, the petitioner's family received a letter from the Ministry of Defence stating that Sanjit was 'presumed to be dead'.

The plea said the petitioner later received a letter dated May 31, 2010 from a Major General, who was the then military secretary to the President, which informed that Sanjit's name had been added to an existing missing prisoners of war (POWs) list.

It said the petitioner was informed that issue of missing defence personnel was taken up with Pakistani authorities several times at the highest level, including during the Agra summit in July 2001, but the officials of Pakistan had informed that Sanjit could not be traced.

'The petitioner's family awaits the return of Capt. Sanjit till date. The petitioner's husband died on November 28, 2020, after waiting for his son from past twenty-three years. The petitioner herself at 81 in her old age is yearning for one sight of her son,' the plea said.

It said in numerous letters to the successive government, the family has consistently sought for justice for Sanjit and requested for doing the needful for his repatriation along with such other soldiers.

It said the petitioner's family had also made few attempts to contact the family of another Army personnel, who also went missing along with Sanjit at the time of patrolling in April 1997, but very limited information was available to determine the whereabouts.

'The petitioner's son and his companion were not captured during any war between the two countries but during the performance of their bona-fide official duties while patrolling on border.

'As a consequence of this, the inclusion of his name in the list of POWs itself shows that the petitioner's son is alive and in the jail of Pakistan,' it said.

It said the petitioner's family is entitled to be apprised with information, apropos the steps that have been taken by authorities in the past 23 years to ensure justice to the Army officer, who has been languishing in jail for past over two decades in Pakistan especially in the absence of any case registered against him.

'It is pertinent for the respondent to take instantaneous steps in this matter because already twenty three years have passed since the petitioner's son has been languishing in the jail of Pakistan without any fault,' it said.

'It is most respectfully submitted that it is the abundant duty of the government of India to safeguard the right to life of every citizen of India including that of the petitioner's son and ensure the guarantee of fundamental rights and take appropriate measures for early release of the petitioner who has been illegally detained in Pakistan for no case filed against him,' the plea said.

Referring to an earlier order of the Gujarat high court, the plea said authorities have failed to provide an appropriate reason for refusing to approach the International Court of Justice and making use of Geneva conventions. 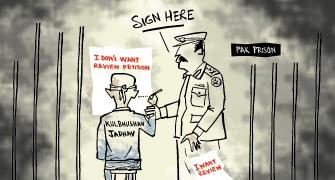 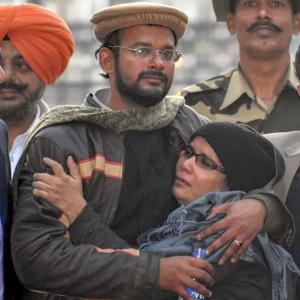 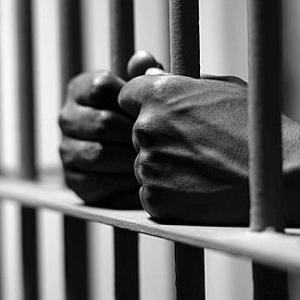