The Supreme Court on Friday agreed to hear on July 11 the plea of Shiv Sena chief whip Sunil Prabhu seeking suspension from assembly of Maharashtra Chief Minister Eknath Shinde and 15 rebel MLAs against whom disqualification pleas are pending, saying it was 'fully conscious' of the issue. 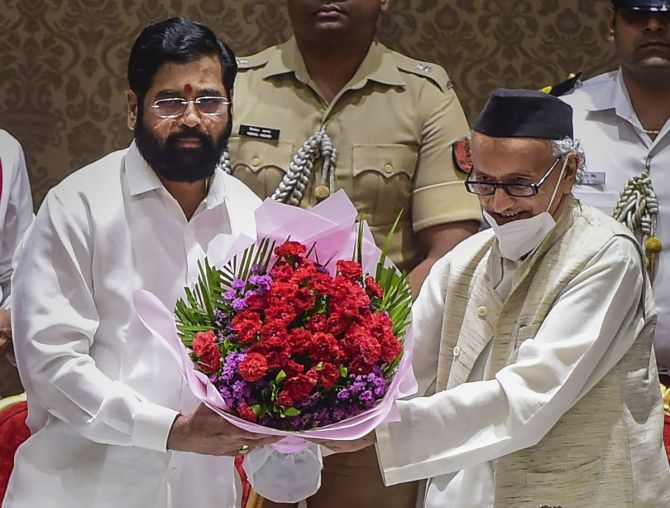 A vacation bench comprising Justices Surya Kant and J B Pardiwala was urged by senior advocate Kapil Sibal, appearing for Prabhu, that the interim plea needed an urgent hearing due to the pendency of disqualification proceedings against 16 lawmakers including the chief minister.

"I am sorry for the trouble...We have filed an application. Your lordships on June 29 passed an order, thereafter Eknath Shinde was sworn in as chief minister. The problem that faces the assembly and all of us is that as to how the votes have to be counted as there is no merger under...10th schedule of the Constitution," the senior lawyer said.

"Both sides (of Shiv Sena) are going to issue a whip. How we are going to control the proceedings of the House. Whose whip is going to be counted. He (Shinde) is not the party and that matter can only be decided by the Election Commission. Ex-facie, this is not the dance of democracy," he said.

The bench said it was 'fully conscious of the issue' and will look into it on July 11 when the main plea of 16 rebel Shiv Sena MLAs against the disqualification notices issued by the Deputy Speaker would be heard.

"We will definitely look into the issue. It is not that we are not conscious of it. Let us see what procedures are being adopted. If the procedure is defective then please file an affidavit, we will consider that also," the bench said.

The vacation bench of the court had on June 27 granted interim relief to the Shinde faction by extending the time for replying to the disqualification notices sent to 16 rebel Sena MLAs till July 12.

On June 29, the Maharashtra governor ordered a floor test leading the Maha Vikas Aghadi (MVA) government to rush to the top court seeking its deferment.

The bench refused to stay the direction of the Governor to the 31-month-old MVA government to take a floor test in the assembly to prove its majority after which the beleaguered chief minister Uddhav Thackeray quit office.

After Shinde was sworn in as the chief minister on June 30, Prabhu moved the top court seeking his suspension and of 15 rebels on various grounds, alleging that they are 'acting as pawns of the BJP, thereby committing the constitutional sin of defection'.

The application, filed through lawyer Javedur Rahman, said, "Pass an interim order suspending the delinquent MLAs, against whom disqualification petitions have been filed by the applicant herein, from the membership of the 14th Maharashtra Legislative Assembly, till the final adjudication of the Tenth Schedule proceedings initiated against them."

It has also sought a direction to restrain Shinde and 15 MLAs, against whom disqualification petitions have been filed, from entering the Maharashtra Legislative Assembly or participating in any proceeding relating to the House till the final adjudication of the disqualification proceedings against them.

Referring to the sequence of events, the plea said, 'the conduct of the petitioners (Shinde and 15 rebel MLAs), both individually and cumulatively leads to the unimpeachable conclusion that they have engaged in anti-party activities and as such deserve to be disqualified as members of the Maharashtra Legislative Assembly on account of attracting Para 2(1)(a) of the Tenth Schedule of the Constitution.

'The delinquent MLAs who have been acting as pawns of the BJP, thereby committing the constitutional sin of defection, ought not to be allowed to perpetuate their sin even for a single day by permitting them to continue as members of the assembly.'

Though this court may have injuncted the deputy speaker from proceeding with the disqualification petitions since his jurisdiction has been questioned, that in no way means that the Tenth Schedule of the Constitution would become a dead letter, it said.

'Even assuming, without accepting, that the notice for removal of the...Speaker was validly moved, this Hon'ble Court also needs to be alive to the possibility, as has happened in the present case, of such notices always being moved only as a strategic ploy before the actual defection takes place, by the defectors to pre-empt and thwart the triggering of the disqualification proceedings under the Tenth Schedule,' it said.

The plea urged the top court to examine the bare facts of the case in view of the 'undeniable and unimpeachable' fact of Shinde being rewarded for his defection by being offered the post of chief minister.

'In the very least the delinquent MLAs deserve to be suspended from the membership of the House while the Tenth Schedule proceedings are pending consideration, as an interim measure,' it said.

It said that despite the rebellion, the original Shiv Sena remains under the leadership of Uddhav Thackeray who was elected as the President of the party way back on January 23, 2018 when the organisational elections were conducted and the same was communicated to the Election Commission. 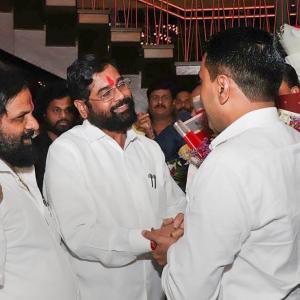 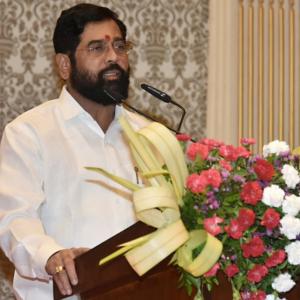