In a relief to some Women Short Service Commission Officers (WSSCO) in the Army, the Supreme Court on Friday directed the Centre to issue orders granting Permanent Commission (PC) to 39 such officers in seven working days and furnish the details of 25 officers with reasons, who were not considered. 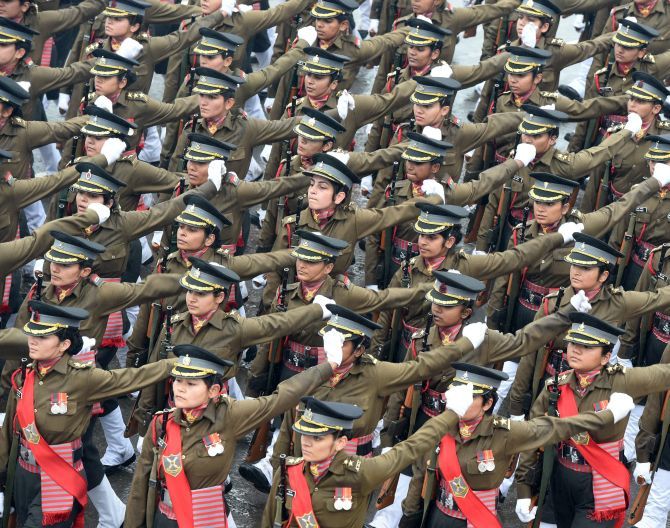 The Centre informed the top court that after re-examining the case of each 72 women SSC officers, one officer has decided to quit, 39 officers can be considered for PC, seven have been found medically unfit and 25 officers cannot be granted PC as they have adverse ACR report of indiscipline and disobedience and poor operational report.

“In the above facts, we are of the view that ends of justice would be met, if to begin with, orders for the grant of PC are issued for all the 39 officers, in terms of the statement which have been made before this court by the ASG Sanjay Jain within a period of one seven working days from today. Compliance shall be scrupulously ensured within seven working days”, it said.

The Centre has earlier told the top court that all these 72 WSSCOs have been found unfit for grant of permanent commission in the Army.

The top court said that once there is a final order or judgement of this court dated March 25, 2021, the consideration for the grant of PC has to be confined to specific directions issued by this court.

“An affidavit shall be filed on behalf of the respondents (Centre and Army) before the next date of listing, expressly stating that no reasons independent of the directions which have issued by this court have weighed for the grant or the case may be the refusal of PC to the 72 officers concerned”, it said.

At the outset, Additional Solicitor General Sanjay Jain and senior advocate R Balasubramanian stated that they have re-examined the case of 72 WSSCOs in compliance with the direction of this court and has found 38 officers eligible for grant of PC and a case of one officer is pending consideration, which in all probability will be considered for PC.

Jain said that besides the 39 WSSCOs of the 72 officers, one officer has decided to quit while seven officers have been found medically unfit and 25 officers have been denied PC on disciplinary grounds, disobedience, and weak operational report.

“The ASG has submitted that in respect of these (25) officers, they are not found to be eligible on disciplinary grounds and in certain cases on other issues such as integrity, or disobedience of lawful orders and weak operational reports. Moreover, it has been submitted that male counterparts of these officers have been denied PC on similar grounds”, the bench noted.

The top court said that after the exercise of the grant of PC is completed, it would be necessary for the Centre to apprise the court of the ground which has resulted in the denial of PC to the remaining officers in the contempt proceedings.

“The ASG has stated that a chart officer wise in respect of those officers who have been found not to be eligible for grant of PC will be placed before this court. Thereafter, the court if so consider appropriate may share the tabulation with the counsel for the applicants in which event they may pursue their remedies in accordance with law”, it said in its order.

The top court listed the matter for further hearing after Diwali vacation.

On October 8, the top court had given one last opportunity to the Centre to resolve the issue of grant of PC to 72 WSSCOs in the Army and said it should be concerning its order of March 25 this year, and thereafter it will close the contempt case filed by the women officers.

It had asked Jain and Balasubramanian to personally look into the issue saying the court's order was clear that if the women officers have got 60 per cent marks and have cleared medical fitness tests and got clearances of vigilance and disciplinary, they need to be considered.

The women officers have alleged that the top court's March 25 ruling was not considered by the Army and all 72 of them were rejected from consideration for the PC at one go.

The apex court had directed that within three months, all serving SSC women officers have to be considered for PCs irrespective of them having crossed 14 years or, as the case may be, 20 years of service.