Coming to the rescue of the critically endangered great Indian bustard (GIB), the Supreme Court on Wednesday mooted the idea of launching 'Project GIB' on the lines of ’Project Tiger', which was started in 1973 to save the big cats, and sought the government's view on the proposal. A bench headed by Chief Justice D Y Chandrachud also sought reports from the chief secretaries of Rajasthan and Gujarat in six weeks on the installation of bird diverters in priority areas and assess the total length of transmission lines in the two states where under-grounding of electric wires have to be done to ensure the birds do not die of electrocution.

The great Indian bustard, considered India's most critically endangered bird species, is especially found in Rajasthan and Gujarat, and as per the 2021 report of the International Union for Conservation of Nature (IUCN), they are on the verge of extinction with hardly 50 to 249 of them alive.

”You (Attorney General R Venkataramani) can check with the ministry of environment, forest and climate change. We had that Project Tiger, is it not possible to have some mechanism to bring focus on GIB like having ’Project Great Indian Bustard'," the bench, also comprising justices A S Bopanna and V Ramasubramanian, said.

The bench asked the attorney general to take instruction and apprise the court about it.

The central government had launched Project Tiger on April 1, 1973, to promote conservation of the big cat whose population had dipped alarmingly.

The top court, which was hearing a PIL seeking several directions to save the GIB, had earlier directed the Gujarat and Rajasthan governments to convert overhead electric cables into underground power cables, wherever feasible, and install bird diverters in priority areas where the birds live.

It had also set up a three-member committee to assess the feasibility of laying high-voltage underground power cables.

On Wednesday, the bench said in its order: "The chief secretaries of Rajasthan and Gujarat will assess the total length of transmission lines, the estimated number of bird diverters needed to be installed in priority areas.”

It directed the committee to submit an updated status report on steps to safeguard the GIB.

It said the Centre's plea seeking modification of the earlier order on the composition of the committee to include additional secretary of renewable energy department and the COO (chief operating officer) of the Central Transmission Utility of India Ltd will be taken up later, if needed.

”All bird diverters shall be in compliance with the quality required by the committee appointed by this court,” the bench said in its order.

During Wednesday's hearing, the bench perused the status reports filed by Rajasthan and Gujarat in pursuance of its earlier directions with regard to electric cables and bird diverters.

The attorney general and Additional Solicitor General Aishwarya Bhati, appearing for the Centre, suggested three more domain experts be included in the apex court-appointed panel to deal with various aspects related to undergrounding of power cables and installation of bird diverters.

The bench said at the moment, it would say the technical committee will be at liberty to consult any domain expert.

Senior advocate Shyam Divan, appearing for PIL petitioner  retired IAS officer M K Ranjitsinh, referred to the apex court's directions, saying all overhead power lines were to be placed underground within a year and this has not been done with the result that some more GIBs have died due to electrocution.

Bustard deaths have reached a total of seven this year, he said, adding bird diverters have not been installed in priority areas despite the court's direction.

Divan, however, said in Gujarat the work for under-grounding 666 KV power lines has started which is a ”good thing”. Unfortunately that does not seem to be the situation in Rajasthan, he added.

Earlier, the court had directed private and state owned power producers of Gujarat and Rajasthan to complete installation of bird diverters in priority areas before July 20.

It had also directed that the Rajasthan and Gujarat governments as well as private power producers ensure that a comprehensive exercise is undertaken and completed within three weeks to assess the total length of power transmission lines and the estimated number of bird diverters required for the purpose.

The PIL has sought the court's directions for an urgent emergency response plan to protect and ensure the recovery of the numbers of the endangered Great Indian Bustard (GIB) and Lesser Florican (LF).

On March 31, the top court had directed the Rajasthan and  Gujarat governments to file their status reports on converting overhead electric cables into underground power lines, wherever feasible, within a year to protect the endangered bird from extinction. 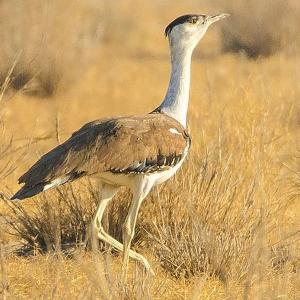 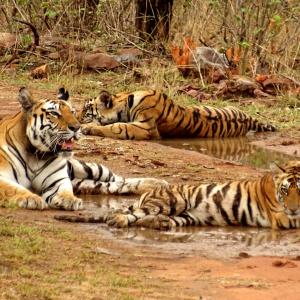