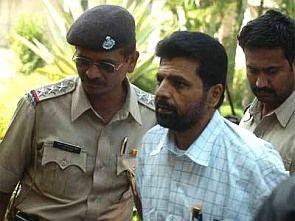 A bench comprising justices J S Khehar and C Nagappan issued notice to the Maharashtra government and others on the plea of Memon and said that in the meantime ‘execution proceedings will remain stayed’.

The court also referred to a constitution bench a plea of Memon that review petitions in death penalty cases should not be heard by the apex court in chamber proceedings and be decided in open court.

Senior advocate Upamanyu Hazarika, appearing for Memon, said that a similar plea by a death row convict in the 2000 Red Fort attack case, Mohammed Arif, had been referred to a constitution bench. The court then said that this petition be also tagged and heard along with the plea of Red Fort attack case convict.

A bench of justices P Sathasivam and B S Chauhan had on March 21, 2013, upheld the death sentence of Memon. The bench had commuted the death penalty awarded by a special Terrorist and Disruptive Activities court to 10 others, who had planted RDX explosives-laden vehicles at various places in Mumbai, to life term by distinguishing their roles from that of the Memon.

Dealing with the case of Memon, a chartered accountant by profession and brother of proclaimed offender Tiger Memon, the court had said he was the ‘driving force’ and a ‘mastermind’ behind the blasts that rocked 12 crowded areas in Mumbai leaving 257 dead and over 700 injured.

Yakub was arrested from Kathmandu Airport in 1994. He was later described by the TADA court as the mastermind who played a key role in the conspiracy, thus "warranting death penalty".

The court had also said the 10 other convicts on death row were people of lower strata in the society and were without any regular jobs and had fallen prey to the ‘hidden motives’ of the main conspirators.

Since Memon as well as other absconders (Dawood and others) were the real conspirators who hatched the scheme for such a tragic act, the 10 appellants were mere subservient subordinates whose knowledge and acquaintance might have been restricted to their counterparts. If we say it in a metaphoric style, he (Yakub) and all the absconding accused were the archers whereas rest of the appellants were the arrows in their hands,” it had said.

Bollywood actor Sanjay Dutt was earlier directed to serve the remaining three-and-a-half years of his five-year jail term for possessing illegal arms. The apex court had reduced to five years the six-year jail term awarded to him by the designated TADA court in 2007.

He had earlier spent 18 months behind bars. Besides commuting the death sentence of 10 convicts to life term, the court had also awarded rigorous life imprisonment to 25 others, out of which, four were earlier acquitted by the TADA court.

The TADA court had in November 2006 convicted 100 out of 123 accused in the case. While 12 were awarded the death penalty, 20 others got the life term and rest 68 got varying jail terms under the provisions of the anti-terror law, Indian Penal Code and other relevant penal laws.

Out of 100 convicts, two died during the pendency of the case in the apex court which was approached by various convicts and Central Bureau of Investigation against the judgment of the lower court.

The Supreme Court, which acquitted two persons, had upheld the conviction of 84 others in the case and directed those out on bail to surrender to serve their remaining jail terms. The bench had also clarified that the convicts, undergoing life imprisonment, were expected to remain in custody till death.

The court had said the accused received training in making of bombs by using RDX and other explosives, handling of automatic weapons like AK-56 rifles and hand grenades in Pakistan which was ‘organised and methodically carried out by Dawood Ibrahim, Anees Ibrahim, Mohd Dossa and Salim Bismillah Khan (since deceased).”