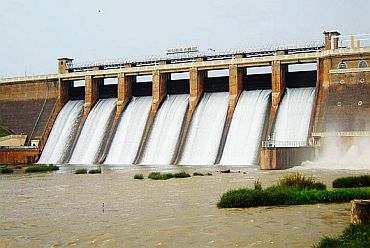 A five-judge constitution bench of the Supreme Court on Friday declined to accept any fresh material other than what has been submitted by the expert panel on the controversial Mullaperiyar Dam row between Kerala and Tamil Nadu.

The apex court said it would not accept any fresh material as otherwise the entire process would be unending.

A bench comprising justices D K Jain, R M Lodha, H L Dattu, C K Prasad and A R Dave adjourned the matter till November 5, when it would fix the date for final hearing on the contentious issue.

"We will not accept any new material or data. How do you expect the matters to come to an end? Otherwise it will be an unending process," the bench told senior counsel V Giri, appearing for Kerala.

The bench made the observation after Giri submitted that the expert committee had collected fresh material on the basis of which it had given a report certifying the safety of the century-old dam.

Kerala argued that the committee had relied on its own empirical data and material, rather than the material and evidence submitted by Kerala and Tamil Nadu, in arriving at the conclusion.

The apex court, however, said the committee may have its own views and cannot be faulted for it.

The bench said Kerala and Tamil Nadu can raise any objections on the committee's findings only on the basis of existing material and pointed out that the high-powered panel had members from both the squabbling states besides from the Centre.

"Committee had your nominee, Tamil Nadu and experts from both the sides beside Centre. Tomorrow you will say you will call experts from England, Spain or Japan. We can't permit it. It is an expert committee and not an ad-hoc mechanism. It is a high-powered committee. A body constituted of top level experts," the bench told Kerala firmly.

The apex court, however, permitted the two states to exchange their own data and material.

Additional Advocate General of Tamil Nadu Guru Krishna Kumar urged the court to complete the hearing on an early date.

On August 31, the court had directed digitisation of the voluminous expert committee's report on safety aspects of Mullaperiyar Dam.

Observing that "we will have a paperless hearing", the bench directed the registry to digitise the 50,000-odd page report so as to enable the court to examine it.

The expert committee, constituted by the apex court in February 2010, had on April 25 this year given a report in a sealed cover indicating that the century-old dam, which is the bone of contention between Tamil Nadu and Kerala, was structurally and hydrologically safe.

The five-member committee headed by former Chief Justice of India A S Anand, which had finalised the report, is understood to have examined all aspects of the 119-year-old dam including its safety.

On July 23, the apex court had allowed Tamil Nadu's plea to carry out some repairs and maintenance works on the Mullaperiyar Dam in Kerala's Idduki district.

The bench had also permitted Kerala government to have copies of the technical report, which was relied upon by the empowered committee to conclude that the dam was "structurally and hydrologically safe."

There has been tension between the two states over the safety of the dam. While Tamil Nadu contends that the dam is safe and its water level should be raised from 132 ft to 136 ft, Kerala says the structure is weak and it has to be replaced with a new one.