Ahead of the Lok Sabha elections and assembly polls in five states this year, the government on Wednesday said efforts are being made for the expeditious implementation of the 4.5 percent minority sub quota, a decision that was rejected by the apex court earlier.

Minority Affairs Minister K Rahman Khan has earlier stated that the Supreme Court had not questioned the merit of the minority sub quota decision and its objection was merely on technical grounds.

Khan on Wednesday said that the government is trying to get an early hearing on the issue so that the matter is resolved soon.

"We stand committed to what we had promised in our party manifesto about reservation to backwards among Muslims. We are confident that 4.5 sub quota for backward Muslims will see the light of the day. We are trying that the case comes up for an early hearing in the Supreme Court. Talks are on with the attorney general. We are hopeful that it will happen soon," Khan said.

He felt that there was no ground for rejecting the minority sub quota as "it is not a new thing that we have added."

"Backward Muslims are already getting reservations under BC reservation category of 27 percent as per the Mandal Commission’s recommendations. We are just creating a sub quota within the OBC group as backward minorities were not able to get their share," Khan said.

The Supreme Court has admitted the Centre's petition against that verdict, but has asked for details on how the government arrived at the figure of 4.5 per cent.

The minority sub quota decision was announced in December 2011 by the United Progressive Alliance government ahead of the assembly elections in Uttar Pradesh in 2012.

The minority affairs minister was addressing a press conference after the Union Cabinet on Tuesday modified certain criteria of Multi Sector Development Plans thereby expanding the reach of the national scheme for the development of minority concentrated states.

Khan said Narendra Modi-ruled Gujarat will also come under the scheme for the first time.

Asked whether his ministry will push for reservations for Dalit Muslims and Christians, Khan said it will require a Constitutional amendment, for which the government should have two-third majority in both Houses.

"Everyone knows, we do not have two thirds of majority," he said.

Khan also rejected the contention that the National Commission for Scheduled Castes has given its nod for reservations for Dalit Muslim and Dalit Christian, saying they have done so with the rider that existing SC/ST quota should not be affected and the government should increase the overall quota of SC/ST.

"That's a complex exercise. This is not possible under present directions of the Supreme Court of not exceeding the reservation beyond 50 percent," he noted.

Hailing the modifications in the Multi Sectoral Development Programme criteria, Khan said in order to correct the anomalies in the implementation of the scheme and keep a watch on it, the central government is employing one faciliator at all the 710 identified minority concentrated blocks, who will be paid honorariums by the Centre.

He said the programme is also being revamped to avoid duplication of schemes by various ministries, which was happening so far and the major thrust of the MsDP in the 12th plan will be "education, skill development and health". The ministry will also help the states in the creation and management of Primary Health Centres in these MCBs.

He also said that the ministry will urge the government to bring the cut-off mark for declaring an area minority concentrated from 25 per cent minority population to 15 per cent during the mid-term appraisal of the 12th Plan.

Khan also announced setting up of a national helpline from June 25 for redressing the grievances of minorities, which will initially be operational for 12 hours but will be made round the clock soon.

On suggestions that minority communities were angry with the Congress, he said, "We will try to assuage that".

The minister said the government is working towards making the pre-matric scholarship scheme demand driven and is also toying with the idea of making it a hundred percent central scheme.

Currently, states have to give 25 percent of the total scholarship expenditure under the scheme with the Centre providing 75 percent.

Khan also said that a new legislation to declare Wakf properties as public premises is on the anvil to check their unauthorised occupation but refused to give a timeline on it.

He said such an act was necessitated as there was no uniformity in the status of Wakf properties, with some states not declaring them as public premises while few others have already done so.

On the issue of five minority universities to be set up, Khan said the Thorat Committee that looked into the issue has given its report and a Cabinet note is being prepared in consultation with the law ministry.

He also said that the government will soon set up an Equal Opportunity Commission, but with its mandate limited to minorities, as decided by the GoM headed by A K Antony.

Source: PTI© Copyright 2022 PTI. All rights reserved. Republication or redistribution of PTI content, including by framing or similar means, is expressly prohibited without the prior written consent.
Related News: K Rahman Khan, Supreme Court, Wakf, Dalit Muslims, National Commission for Scheduled Castes
Print this article
The Congress and its desperation for the Muslim vote 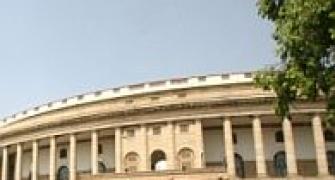 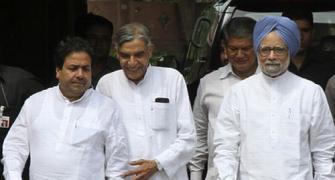