Social changes take a "little time" and sometimes it is easier to bring a law but difficult to persuade society to change with it, the Supreme Court observed on Thursday while deliberating upon the issue relating to the dissolution of marriages. 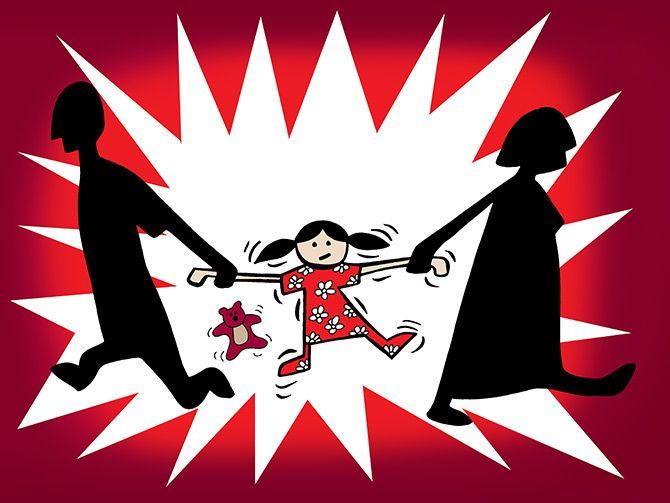 The apex court, which was hearing arguments on what could be the broad parameters for exercising power under Article 142 of the Constitution to dissolve marriages between consenting couples without referring them to family courts, said the family plays a large role in marriages in India.

Article 142 of the Constitution deals with the enforcement of decrees and orders of the apex court to do "complete justice" in any matter pending before it.

"Social changes take a little time. That is all. Sometimes, it is easier to bring law, more difficult to persuade the society to change with the law," a five-judge Constitution bench headed by Justice S K Kaul said.

During the day-long arguments, Jaising referred to two Bills, including the Marriage Laws (Amendment) Bill, 2010, and said it never saw the light of the day.

She said that during the arguments on Wednesday, senior advocate Kapil Sibal was there in the court and she was about to tell him that the Bill was there and he had the opportunity to do something about this in Parliament.

Sibal, a member of Parliament, was a Union minister during the UPA regime.

Jaising said the Bill was introduced in Parliament without any empirical data.

Justice Kaul said he has been emphasising judicially about legislative impact study in bringing legislation.

"Maybe this is a case when we are talking about legislation and social change, I often feel that it is difficult for social change to keep pace with legislation," he said.

Jaising said the reason why these Bills could not be passed was that they did not make provisions for dealing with the rights of women after the divorce was granted.

"In other words, it did not make provision for the financial arrangement which would be required to come into place once the divorce is granted," she said.

Senior advocate Kapil Sibal, appearing in the matter, argued that the real issue in a marriage which is broken is maintenance and custody.

He said the court needs to evolve a procedure that is not inconsistent with the law.

The bench observed that some lead be taken to analyse the law and a parliamentary sub-committee may debate it out and bring the law into force which will take care of so many things.

"Honestly telling, it won't happen. There are too many cross-currents in society," Sibal said.

During the hearing, the bench observed that in an interpersonal relationship, there will always be a personal life and two very good human beings may not be good partners.

Dave, Giri, and Arora are also assisting the court as amicus curiae in the matter.

He said that as an institution, both the bench and the bar, owe the citizens speedy justice.

"Nowhere in the world, as far as I know, there are these volumes of litigation in courts," Justice Kaul observed.

Dave said with a population of over 130 crores, the per capita ratio of judges is perhaps the lowest.

"I think somewhere it has to fix as to how many tiers of scrutiny should a particular nature of litigation should have," Justice Kaul said.

The apex court is also considering whether its sweeping powers under Article 142 are inhibited in any manner in a scenario where a marriage has irretrievably broken down in the opinion of the court but one of the parties is resisting divorce.

Two questions, including whether the exercise of such jurisdiction by the SC under Article 142 should not be made at all or whether such exercise should be left to be determined in the facts of every case, were earlier referred to a Constitution bench.

On September 20, the apex court said, "We do believe that another question which would require consideration would be whether the power under Article 142 of the Constitution of India is inhibited in any manner in a scenario where there is an irretrievable breakdown of marriage in the opinion of the court but one of the parties is not consenting to the terms."