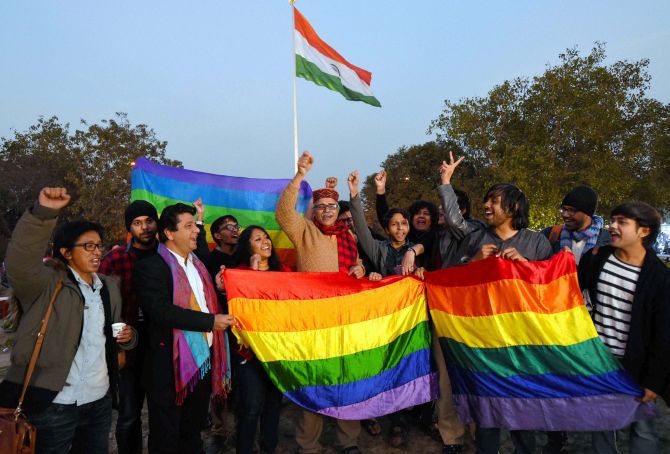 The Supreme Court on Tuesday reserved its verdict on a clutch of pleas challenging the constitutional validity of Section 377 of Indian Penal Code which criminalises consensual gay sex.

A five-judge constitution bench headed by Chief Justice Dipak Misra concluded hearing the arguments on the contentious issue after detailed hearing of four days, which had commenced on July 10.

The verdict is likely to be pronounced before October 2 this year as Justice Misra would be retiring as CJI on that day.

They have sought decriminalisation of consensual sex between two consenting adults of the same sex by declaring Section 377 of IPC as illegal and unconstitutional.

The issue of section 377 was first raised by an NGO, Naaz Foundation, which had in 2001 approached the Delhi high court which had decriminalised sex between consenting adults of the same gender by holding the penal provision as 'illegal'.

This 2009 judgment of the high court was overturned in 2013 by the apex court which had also dismissed the review plea against which the curative petitions were filed which are pending.

The apex court had commenced the hearing on the fresh writ petitions challenging re-criminalisation of consensual gay sex between two adults, rejecting the Centre's plea seeking postponement of the proceedings by four weeks.

It had in 2013 restored the criminality of the sexual relationship between persons of the same sex, after the Delhi High Court' had decriminalised it in 2009.

At the outset of the hearing, the five-judge bench on July 10 had made it clear that it was not going into the curative petitions and would adjudicate on the fresh writ petitions in the matter.

The writ petitions were opposed by Apostolic Alliance of Churches and Utkal Christian Association and some other NGOs and individuals including Suresh Kumar Kaushal.

Kaushal had also challenged the 2009 verdict of the high court in the apex court which had restored Section 377 of IPC.