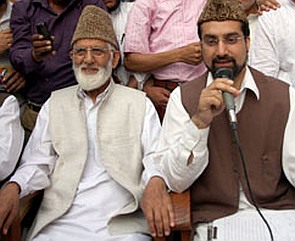 The Supreme Court on Wednesday dismissed a PIL seeking to declare as “unconstitutional and illegal” the alleged release of government funds to Jammu and Kashmir-based separatists, saying the issue was within the exclusive domain of the Centre.

The court also castigated the lawyer, who had moved the PIL, for calling Hurriyat Conference leaders “separatists” saying it was a matter of perception.

“That apart, needless to emphasise, it is not a judicially manageable proceeding and the court should refrain from entering into the said area. The writ petition is accordingly dismissed,” a bench headed by Justice Dipak Misra said.

The bench, also comprising Justice U U Lalit, expressed reservation on petitioner lawyer M L Sharma terming Hurriyat leaders as “separatists”, and said “it’s a matter of perception. Has the government declared them separatists? The conduct of a man may not be to the liking of others and they call him separatist, but you can’t use that term in court”.

The bench expressed further displeasure when Sharma said that “politicians are promoting terrorism.”

“You cannot use such words in court. You cannot brand everyone like this unless someone is convicted. You can’t just generalise everyone. This language cannot be used in court,” the bench said while warning the advocate.

The PIL had claimed that more than Rs 300 crore was spent on the separatists on their stay at hotels, security and other expenses by the government, misusing the money.

Sharma claimed that the issue was a “big threat to the society” and only the judiciary could protect the country.

To this, the apex court said the judiciary cannot examine what funds are given to whom when it comes to managing the situation in a state like Jammu and Kashmir.

“Judiciary can only protect the constitutional provisions and values. Army and police are there to protect from any kind of threat. It should be left to the executive to decide what is best for the country,” the bench said.