The Supreme Court has dismissed the plea filed by the CBI seeking review of its verdict granting bail to senior Congress leader and former finance minister P Chidambaram in the INX Media corruption case. 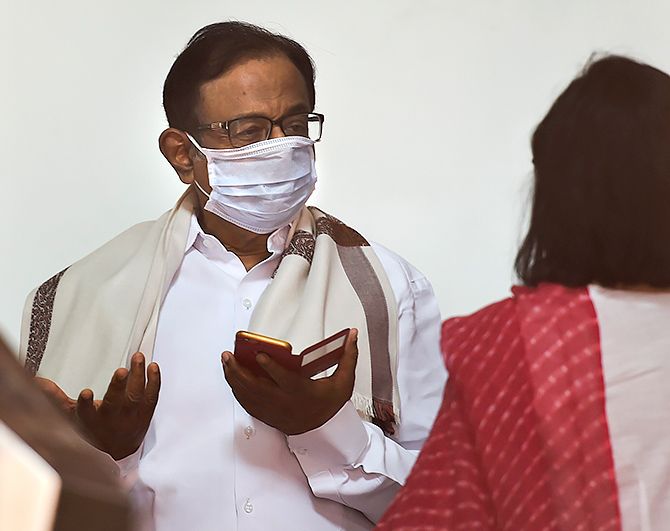 The apex court had on October 22 last year granted bail to Chidambaram in the case saying he was neither a 'flight risk' nor was there a possibility of 'his abscondence from the trial'.

A bench headed by Justice R Banumathi rejected the review plea filed by the CBI saying the last year verdict does not suffer from any error apparent warranting its reconsideration.

"Application for oral hearing the review petition in open court is rejected. We have perused the review petition and the connected papers carefully and are convinced that the order, of which review has been sought, does not suffer from any error apparent warranting its reconsideration," the bench, also comprising Justices A S Bopanna and Hrishikesh Roy, said.

"The review petition is, accordingly, dismissed," the bench said in its June 2 order which was uploaded on the apex court website today (Thursday).

Chidambaram was arrested by the CBI on August 21 last year in the corruption case which was registered on May 15, 2017 alleging irregularities in a Foreign Investment Promotion Board (FIPB) clearance granted to the INX Media group for receiving overseas funds of Rs 305 crore in 2007, during his tenure as finance minister.

Chidambaram has denied all the allegations levelled against him in the case.

The Enforcement Directorate (ED) has also lodged a separate money laundering case related to INX Media case in which the charge sheet was filed against Chidambaram and his son Karti, a Lok Sabha MP, on Tuesday.

In its October last year order, the apex court had brushed aside the CBI's allegation that Chidambaram had tried to influence two material witnesses in the case, saying that no details were available as to 'when, where and how those witnesses were approached'.