The Supreme Court on Wednesday dismissed a plea by former Maharashtra home minister Anil Deshmukh seeking to quash the FIR lodged against him by the Central Bureau of Investigation in a corruption case. 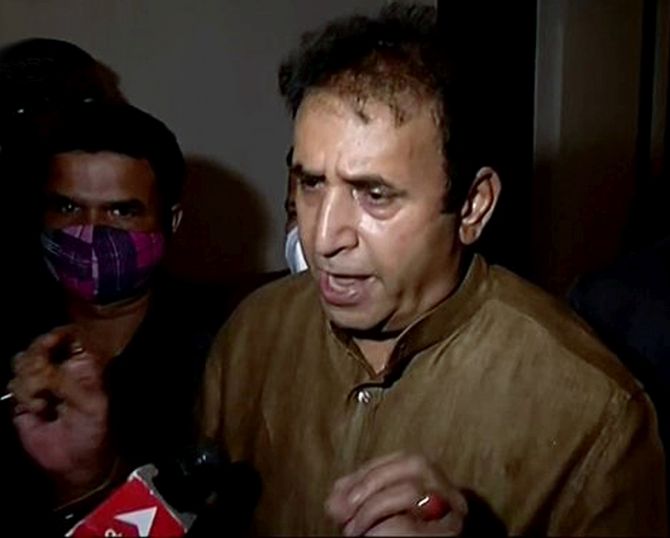 A bench of Justices DY Chandrachud and M R Shah dismissed Deshmukh’s appeal against the July 22 order of the Bombay high court saying, ”No case for interference with the high court verdict is made out.”

The bench said that there is ”no error in the judgement” of the high court.

During the hearing, senior advocate Amit Desai, appearing for Deshmukh, said that in the complaint of advocate Jaishri Patil, various allegations were made and the high court has read into the things, which were never averred.

The bench told Desai that he cannot say that investigation is invalid when it has been ordered by a constitutional court.

”If the CBI investigates a person on the direction of the court, can the Government of India or state government say that you cannot investigate my officer? If this argument is accepted then the entire purpose of directions by the top court gets defeated,” the bench said.

Justice Chandrachud said that there are certain categories of cases, especially if the person is holding a high office, where the apex court in its verdict observed that there should be preliminary enquiry so that he is not targeted unnecessarily or is subjected to frivolous complaints.

”Here in this case also the high court did not straight away order the CBI to lodged an FIR but directed that preliminary enquiry be conducted. This was not case where murder was committed and court directed for probe,” the bench said.

Desai contended that pursuant to the direction of the high court, the matter was transferred to the CBI and when cognisance is taken, it is the duty of the probe agency to apply its mind.

The bench said that after hearing the parties, the high court considered ordering preliminary enquiry by CBI which is as per the judgment of this court.

”The reason for which the high court directed the court to order a preliminary enquiry was that there were allegations that could have shaken the foundation of police force and citizenry as a whole,” it said.

Desai, while referring to the verdicts of top court, said that section 17A of the Prevention of Corruption Act protects the public servant from harassment as it provides for previous approval for prosecution.

The bench told Desai, ”In our opinion what section 17A does is to protect the right of the offender by adding that requisite permission of the state government is needed before launching prosecution. However, when the enquiry is ordered by the court, there is already a safeguard against harassment.”

The top court said that applying section 17 A would actually negate the basis of the order of the high court, which was of the opinion that in the public interest, an investigation is needed.

Additional Solicitor General Aman Lekhi, appearing for CBI, said that the high court felt that a cognisable offence is made out and hence ordered for a preliminary enquiry to shield a person from any undue harassment and direction was given to CBI director to act in accordance with law.

He said that the high court had recorded in the order about the disinclination of the state government to investigate the matter.

”An inquiry was ordered and it was upheld by the Supreme Court. Registration of Regular Case is a culmination of the preliminary inquiry,” he said.

The bench then ordered dismissal of the appeal filed by Deshmukh.

On July 22, the high court had refused to quash an FIR registered against Deshmukh by the CBI, saying the central agency's probe was ongoing and any interference by the court at this stage was uncalled for.

It had dismissed Deshmukh's argument that the contents of the FIR against him did not disclose any actual commission of offence.

The FIR was registered against Deshmukh and some unidentified persons on April 24 on charges of corruption and misconduct following a preliminary inquiry that the CBI conducted in compliance with an HC order.

The inquiry was initiated on the basis of a complaint lodged by lawyer Jaishri Patil in the aftermath of allegations of corruption levelled against Deshmukh by former Mumbai police commissioner Param Bir Singh.

Deshmukh had claimed the ongoing CBI inquiry against him was illegal since the central agency had not taken prior sanction from the Maharashtra government to prosecute him.

The CBI's FIR said Deshmukh had knowledge of the reinstatement of former API Waze, an accused in a case of bomb scare near the Mumbai residence of industrialist Mukesh Ambani, and the Nationalist Congress Party leader used to exercise undue interference in transfers and postings of Maharashtra police officers.