Phone numbers of two officers of the Supreme Court's registry, lawyers of fugitive diamantaire Nirav Modi and AgustaWestland case alleged middleman Christian Michel as well as an old number of a now-retired apex court judge were on the list of potential targets of Israeli spyware Pegasus, according to the latest names released by The Wire.

A Rajasthan mobile number formerly registered in the name of Justice Arun Mishra, who retired from the Supreme Court in September 2020 and is now chairman of the National Human Rights Commission, was added to the database of potential targets in 2019, it said.

Also, sometime in the spring of 2019, the telephone numbers of two officers from the Supreme Court's registry were entered onto the "secret list" that contained hundreds of numbers, including some which show clear evidence of being targeted with Pegasus spyware, the news portal said.

The two officers worked in the crucial 'writ' section of the apex court's registry when their numbers were added to the database, the report said.

An international media consortium, including The Wire, has reported that over 300 verified Indian mobile phone numbers were on the list of potential targets for surveillance using Israeli firm NSO Group's Pegasus spyware.

Opposition leaders, including Rahul Gandhi, Union ministers Prahlad Singh Patel and Ashwini Vaishnaw, businessman Anil Ambani, a former Central Bureau of Investigation chief, and at least 40 journalists were on the list on the leaked database of the NSO.

The Congress and several other Opposition parties are demanding a Supreme Court-monitored probe into the allegations and also asking the government to come clean whether Pegasus spyware was used or not.

The government has been denying all Opposition allegations in the matter.

When contacted by The Wire, the two officials from the Supreme Court registry -- one of whom has since retired from the court -- wondered why any official agency would view them or their section as a possible candidate for surveillance.

In the absence of a forensic examination of the smartphones of the two officers, it is impossible to establish if they remained mere persons of interest or were actually subjected to intrusive surveillance, it said.

The Wire, in its report, also said that earlier that year, two junior court employees were dismissed from service by then Chief Justice of India Ranjan Gogoi "for tampering with an order" in a contempt of court case against Anil Ambani of the Reliance ADAG group, "but there is no reason to believe" that the selection of of the two registry officials which came several weeks later, was linked to that case.

Ambani was also a potential target of Pegasus, according to the list of names reported earlier.

The Wire also asked retired judge Mishra if he had continued to use WhatsApp or other messaging apps on his phone even after giving up the number.

Justice Mishra also clarified that he had "surrendered the number on April 21, 2014".

Among the dozen or so lawyers across the country who appear on the database - some of whom are involved in human rights-related cases - are at least two who were representing high profile clients at the time their numbers appear in the list of surveillance probables, The Wire said.

Nirav Modi's counsel, Vijay Agarwal, was added to the database in early 2018, after he signed on his controversial client, as was a number used by his wife, the report said, adding that neither of their phones were available for forensic examination.

Another Delhi-based lawyer, Aljo P Joseph, added to the list in 2019, represents Michel, the alleged 'middleman' extradited to India in December 2018 in connection with the Agusta Westland helicopter deal case.

The forensic examination of Joseph's iPhone data is currently underway but Amnesty's tech team says that preliminary indications show a Pegasus-related iMessage lookup as part of the process of targeting, The Wire said.

It also reported that one of the numbers on the leaked database belongs to M Thangathurai, a junior lawyer working in the chambers of former attorney general Mukul Rohatgi.

The number was added in 2019, two years after Rohatgi demitted office as AG, it said.

NSO Group, which sells Pegasus to select governments, says the company and its clients are not connected to the database in any way. 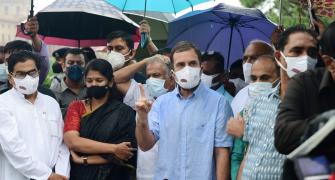 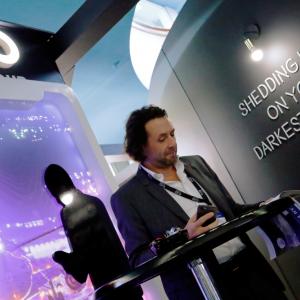 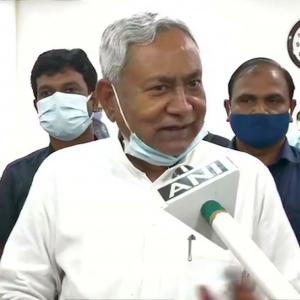