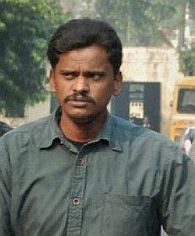 An official of the apex court said that the plea in this regard was mentioned before the bench after midnight and the order was passed at 1:40 am. The official said the order has been communicated to the jail authorities concerned.

Koli was to be hanged early on Monday morning in Meerut jail, where he has been kept in a high-security barrack.

The application on behalf of 42-year-old Koli was moved by a team of lawyers led by senior advocate Indira Jaising. The lawyers sought review of the apex court's July 24, 2014 order dismissing the plea to stay the execution of death sentence awarded to Nithari rapist-cum-serial killer Koli.

While seeking stay of execution of the capital punishment, Jaising, along with advocate Yug Choudhary and others, referred to the September 2 verdict of the apex court in which it had held that the review plea of condemned prisoners must be given an open court hearing.

"For recalling and review of our order, the applicant (Koli) relies upon observation made by the Constitution bench of the Supreme Court in the matter in which the verdict was passed on September 2, 2014," it said.

The court said, "Considering the urgency of the matter, we stay the execution of the death sentence of applicant/ petitioner for a period of one week from today (Monday)."

Image: Surinder Koli has been awarded a death sentence for killing children in Nithari