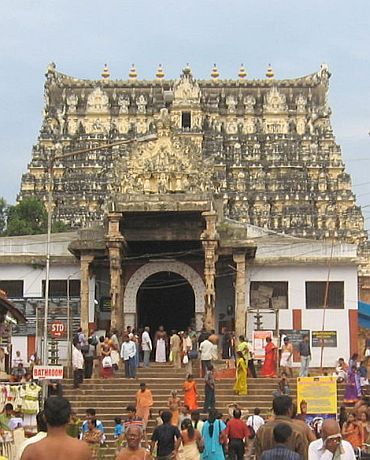 The court clarified that until further order "no property of temple will be alienated, sold or dealt with in any manner" and in case the District Judge comes from the community other than the Hindu, the next senior most judge of the Hindu faith in the district will be the administrative committee's chairman.

A bench comprising Justices R M Lodha and A K Patnaik said other members of the administrative committee would be the 'Tantri' of the temple, presently Satish Namboodri and district judge would co-opt two other members, one of which will be nominated by the state government.

While favouring facelift of the temple and revamping of the management, the bench made it clear that under supervision of present trustees the state of affairs of the temple were not in good shape.

"The present trustees have failed badly and they have to be changed. If we have to give opportunity to the same persons and returned them the affairs of the temple then god save this temple," the bench observed and added that it has to "look at larger public interest and the interest of the temple".

While passing the interim order, the bench appointed bureaucrat Satish Kumar, who has experience in management of Guruvayur temple in Thrissur, as executive officer of Sree Padmanabha Swamy temple to oversee day-to-day functions.

The bench said keys of all Kalaras except those where vessels are kept for daily use of priests and others would be handed over to the District Judge who, as the chairman of the administrative committee, would take steps for the protection of offerings and other properties by keeping them under the surveillance of CCTV and other methods.

The court said once in a week on Saturday the chairman of the committee will ensure that collection done through offerings are accounted. Further, immediate steps should be taken for cleaning of the temple and improving the living condition of the policemen guarding the temple and the tanks should be cleaned by credible agency in time bound manner.

It warned that no employee should be intimidated by the members of the royal family.

On other aspects, the hearing will take place next week. The apex court had on Wednesday said that there were certain "disturbing features" and "extremely serious" issues which require immediate redressal.

Senior advocate Gopal Subramaniam, who is appearing as an amicus curiae in the matter, had yesterday apprised the court about his April 15 report in which he has highlighted several serious irregularities in the management of the temple and its wealth.

Subramaniam had sought a direction from the court for restraining the present trustee and his family members from interfering either directly or indirectly with the day-to-day management of the temple.

He had submitted that there was need for independent management of the temple so that officials can carry out their function freely and fearlessly. Senior advocate K K Venugopal, appearing for scion of Travancore Royal family, had earlier raised objections to Subramaniam's report, to which the bench had said parties including Kerala Government will be given chance to respond to the findings in the report.

Venugopal had said it was also not correct on the part of the committee of experts to make inspection of the residential area of the royal family which is separated from the temple complex.

Additional Solicitor General K V Vishwanathan, appearing for the Kerala government, had also disputed some facts raised by Subramaniam on the cleaning of tanks in the temple, the contract of which has been given to a private party and will cost around Rs 90 lakh.

Subramaniam had said huge amounts of gold and silver donated by devotees have never been reported by trustees and those were also never accounted or audited and there has been no valuation of those metals for 30 years. For 10 years the temple did not file income tax return despite getting exemption benefit.

Besides, a gold plating machine hidden in the temple was found, making it mandatory that somebody independent must monitor the auditing of gold and silver, he had said.

The senior advocate had also said during one month between February and March, Rs 1.29 crore was offered by devotees. He had said there were discrepancies in the number of bank accounts. While trustees claim only 14 accounts in five banks, there are 34 bank accounts in 17 banks.

In his 577-page report, Subramaniam had sought an order for audit of the wealth of the Sree Padmanabha Swamy temple by former CAG Vinod Rai. The temple has six vaults, most of which are underground and are filled with priceless articles. During preparation of its inventory by the apex court-appointed panel, five of these vaults were opened, leaving out one chamber, called 'vault (Kallara) B'.

The apex court had appointed an expert committee for scientifically documenting the temple's treasure. The panel comprises experts from ISRO, the Centre for Development of Advanced Computing (C-DAC), the Centre for Earth Sciences Studies and top officials of the Kerala Police.

The sprawling temple, an architectural splendour in granite, was rebuilt in its present form in the 18th century by the Travancore Royal House which had ruled southern Kerala and some adjoining parts of Tamil Nadu before integration of the princely state with Indian Union in 1947.