SC notice to Centre, Delhi on plea for cracker-free festivals 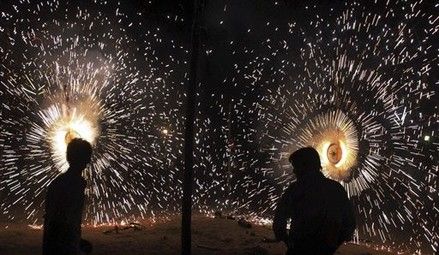 "We do not want all children to become ninjas," a senior lawyer told the Supreme Court on Thursday, taking a cue from Chief Justice H L Dattu's reference to his grandson looking like a ninja by wearing a mask to avoid high levels of pollution in Delhi.

The remark was made by Kapil Sibal when the apex court was hearing a plea filed by three infants against the use of loud firecrackers during the festivals of Diwali and Dussehra.

Ninjas were known to carry out espionage and covert activities, often in disguise, during the 16th and 17th century in Japan.

Sharing the concerns expressed by senior lawyers Sibal and K K Venugopal on the issue, a bench headed by the Chief Justice, however, said it would be difficult to pass an interim order, but sought responses from the Centre and the Delhi government on the matter.

Sibal, arguing for the toddlers, started his arguments by referring to the "poisonous and cancerous" smoke and particulate matters released due to bursting of loud crackers. "Some solutions are to be found. Around 40 per cent children suffer from some kind of respiratory problems," he said and sought a direction to the authorities to come up with short and long term steps to deal with the issue.

Venugopal said there was a smoke cover in the sky over Delhi after Diwali and urgent corrective steps are required. The bench, which had earlier referred the matter to the social justice bench, later decided to hear after Sibal mentioned it in the morning for an urgent hearing.

The petition, filed by the three children between the age of six and 14 months through their fathers, has stressed on their right to be brought up in a pollution-free environment and sought that government agencies be restrained from issuing licence for sale of crackers in the national capital.

The plea has said the widespread use of firecrackers in Delhi during the festive season exposed vulnerable infants to severe diseases such as asthma and worsens lung condition. "They are foremost prone to lung disease, asthma, coughing, bronchitis, retarded nervous system development and cognitive impairment," the petitioners Arjun Goyal, Aarav Bhandari and Zoya Rao Bhasin, Delhi residents, submitted through their lawyer Gopal Shankar Narayan.

The plea said the right of children to breathe clean air was essential for a conducive environment for growth and development and blamed the authorities for not laying down any guidelines regarding sale of crackers.

"Authorities haven't laid down any guidelines to ensure that manufacturers or sellers conform to environmental norms while distributing these crackers. A look at the licences will show that environmental and pollution concerns are furthest from the minds of the government representatives," it said.

"The imminent advent of festivals that involve widespread fireworks are a clear and present danger to the health of the Applicants and the other children who are residents of Delhi," the petition said.

The plea also cited a study in Bengaluru that showed how a widespread awareness campaign and enforcement mechanisms led to a sharp 32 per cent decrease in pollution levels there during Diwali time in 2013 compared to a year ago.

The petition said that a 2005 top court ruling restricting the use of fireworks beyond 10 pm had brought some respite to Delhiites but studies thereafter revealed that cases of wheezing, respiratory diseases, exacerbation of bronchial asthma and bronchitis increase by 40 per cent during Diwali. 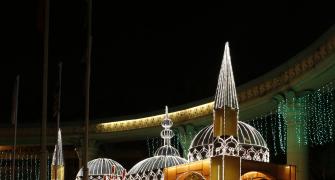 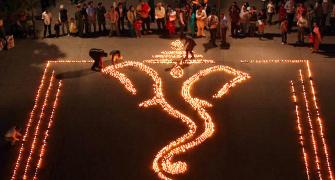 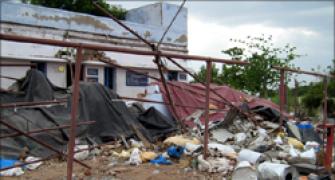 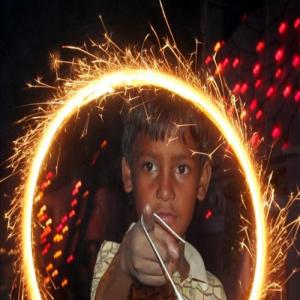