The Supreme Court on Monday granted two weeks to the Centre to analyse a Portugal court's order -- terminating the extradition of Abu Salem to India -- and spell out its proposed action against the alleged gangster.

A bench headed by Justice P Sathasivam granted the time after Attorney General G E Vahanwati submitted that the government needs time to go through the judgment as the order is in Portuguese language and has to be first translated in English.

The bench had earlier asked the Central Bureau of Investigation and the Union ministry of external affairs to file their replies to Salem's plea for quashing criminal cases against him after termination of his extradition and also asked the Attorney General to assist it in deciding the case.

Salem, currently lodged in Mumbai's Arthur Road Jail, had filed the application after the Portugal Supreme Court upheld the order of a lower court there, terminating his extradition for alleged "violation" of the terms of his deportation by Indian authorities.

At the time of Salem's extradition, India had assured Portugal that no charges attracting death penalty or imprisonment of more than 25 years would be pressed against him, but such charges were later brought in.

The Delhi and Mumbai police had slapped charges which invoke the death penalty against him, leaving the government and the CBI red-faced.

Later, the police sought to withdraw those charges, but the Delhi high court as well the Supreme Court did not allow it.

Salem then filed a petition in the high court at Lisbon, alleging violation of the Rule of Specialty. In the ruling on September 19, last year, the Lisbon court said there had been a breach of the undertaking given by India.

The apex court, earlier on February 17, had stayed the TADA proceedings in two cases against the alleged gangster, observing that the order of the Portugal court terminating the extradition of Abu Salem to India has to be respected.

It had refused to stay proceedings in five other cases and issued notices to the CBI and the Centre on Salem's plea to quash all criminal cases against him. 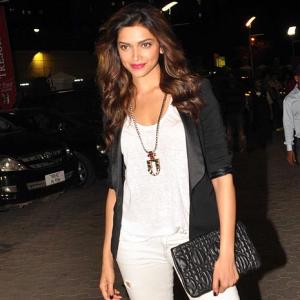