The Supreme Court on Friday extended till March 16 protection from arrest granted to civil rights activist Gautam Navlakha and Anand Teltumbde in the Bhima Koregaon case.

A bench of Justices Arun Mishra and Indira Banerjee said it would hear on March 16 the appeals filed by Navlakha and Teltumbde against the last month's order of the Bombay high court rejecting their anticipatory bail pleas.

The high court, while denying the anticipatory bail to Navlakha and Teltumbde on February 14, had extended the interim protection from arrest for a period of four weeks to enable them to approach the apex court.

Appearing for the activists, senior advocates Kapil Sibal and Abhishek Singhvi informed the bench that protection granted to both of them by the high court would expire on March 14 and the top court should extend it.

The Bombay high court had on February 14 refused to grant anticipatory bail to Navlakha and Teltumbde, saying "prima facie evidence shows complicity of both the accused in the case".

The court, after perusing letters allegedly exchanged between the accused persons had noted that Navlakha, Teltumbde and the other accused persons like Surendra Gadling, Rona Wilson and Sudha Bharadwaj had direct access and connections with central committee members and leaders of Communist Party of India-Maoist.

"It was revealed during the course of investigation that Anand Teltumbde was recipient of funds from the banned terrorist organization," the court had said.

Navlakha, Teltumbde and several other activists have been booked by the Pune Police for their alleged Maoist links and several other charges following the violence at Koregaon Bhima village in Pune district on January 1, 2018.

According to Pune Police, "inflammatory" speeches and "provocative" statements made at the Elgar Parishad conclave held in Pune on December 31, 2017 had triggered caste violence at Koregaon Bhima the next day. The police alleged that the conclave was backed by Maoists.

Teltumbde and Navlakha had approached the high court seeking pre-arrest bail in November last year after a sessions court in Pune rejected their pleas.

In December last year, the high court had granted them interim protection from arrest pending disposal of their anticipatory bail pleas.

Although Pune Police was investigating the case, the Centre had last month transferred the probe to National Investigation Agency. 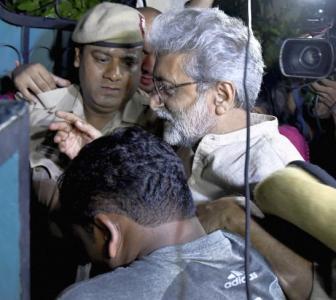 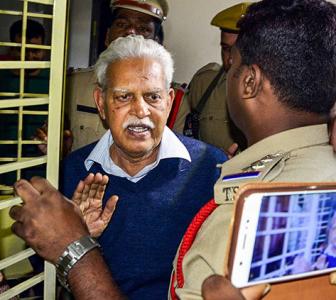 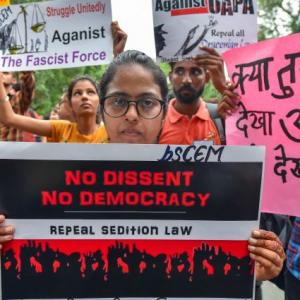