The Supreme Court has extended by a month the deadline for completion of trial in the 1992 Babri Masjid demolition case involving 32 accused, including Bharatiya Janata Party veterans L K Advani, M M Joshi and Uma Bharti, and asked the special Central Bureau of Investigation court to deliver the verdict by September 30. The top court, which had earlier fixed August 31 as the deadline for completion of proceedings including pronouncement of the verdict, took note of the report filed by special judge S K Yadav in the high-profile case.

A bench of justices R F Nariman, Navin Sinha and Indira Banerjee said, 'Having read the report of Surendra Kumar Yadav, learned Special Judge, and considering that the proceedings are at the fag end, we grant one month's time, i.e., till September 30, 2020, to complete the proceedings including the delivery of judgment.'

The order was passed on August 19 and was uploaded on the apex court website recently.

On May 8, the top court had extended by three months the time for completion of trial in the case and said that judgment should be delivered by August 31.

The special CBI court at Lucknow has completed the recording of statements of the 32 accused under Section 313 of Code of Criminal Procedure in the case.

Former deputy prime minister L K Advani and BJP veteran M M Joshi, who were among those leading the Ram temple movement at that time, had deposed before the court through video conferencing.

The special court has also recorded statements of BJP stalwarts like Kalyan Singh and Uma Bharti, both of whom appeared in person.

Advani's statement was recorded barely days before the groundbreaking event on August 5 for a Ram temple at Ayodhya.

Last year, a five-judge Constitution bench of the top court had ruled that the 2.77-acre land claimed by both Hindus and Muslims would be handed over to a trust for the building of a temple.

The court had also ordered the allocation of a five-acre land at another site in Ayodhya for building a mosque.

The top court had in May asked special judge S K Yadav to control the proceedings in accordance with law so that the time-frame is no longer breached.

It had indicated to the special judge to avail the facilities of video conferencing to complete recording of evidence and hearing of applications that are filed during the course of trial proceedings.

The top court order was passed after the special judge had written a letter seeking an extension of time granted to him for completing the trial in the politically sensitive case.

On July 19, last year the top court had asked the special judge to deliver the verdict within nine months, which was to end this April.

It had also extended the tenure of the special judge at Lucknow till the completion of the trial and the delivery of the verdict in the case.

Besides Advani, Joshi and Uma Bharti, the accused against whom conspiracy charge was invoked in the case by the top court on April 19, 2017, include former Rajasthan governor Kalyan Singh, BJP MP Vinay Katiar and Sadhvi Rithambara.

Three other high-profile accused -- Vishwa Hindu Parishad leaders Giriraj Kishore, Ashok Singhal and Vishnu Hari Dalmia -- died during trial and the proceedings against them have been abated.

Kalyan Singh, during whose tenure as chief minister of Uttar Pradesh the disputed structure was razed, was put on trial in September last year after his tenure as governor came to an end.

Exercising its plenary powers under Article 142 of the Constitution, the top court had directed the Uttar Pradesh government to pass appropriate orders in consultation with the Allahabad High Court to extend the tenure of the special judge, who was set to retire on September 30 last year.

On April 19, 2017, the top court had ordered a day-to-day trial in the high profile case and directed the special judge to conclude it in two years.

While dubbing the demolition of the disputed structure as a 'crime' which shook the 'secular fabric of the Constitution', it had allowed the CBI's plea on restoration of the criminal conspiracy charge against the VVIP accused.

The court had come down heavily on the CBI for the delay of over 25 years in the trial.

Issuing a slew of directions, it had said, 'The proceedings (against Advani and others) in the court of the Special Judicial Magistrate at Raebareli will stand transferred to the Court of Additional Sessions Judge (Ayodhya Matters) at Lucknow.'

'The court of sessions will frame additional charges under Section 120-B (conspiracy) and the other provisions of the penal code mentioned in the joint charge sheet filed by the CBI against Champat Rai Bansal, Satish Pradhan, Dharam Das, Mahant Nritya Gopal Das, Mahamadleshwar Jagdish Muni, Ram Bilas Vadanti, Vaikunth Lal Sharma and Satish Chandra Nagar,' the apex court had said.

The court had termed the Allahabad High Court's February 12, 2001 verdict of dropping conspiracy charges against Advani and others as 'erroneous'.

Before the 2017 verdict of the apex court, there were two sets of cases relating to the demolition of the disputed structure on December 6, 1992, going on at Lucknow and Rae Bareli.

The trial of the first case involving unnamed 'kar sevaks' was going on in a Lucknow court, while the second set of cases relating to the eight VVIPs were going on in a Rae Bareli court. 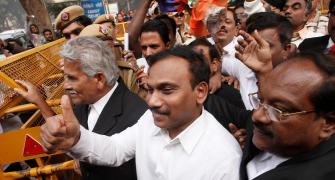 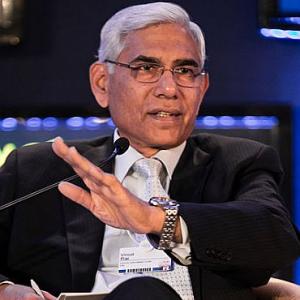