SC expresses concern over change of colour of Taj Mahal

The apex court pulled up the authorities for not taking appropriate steps to preserve and protect the Taj. 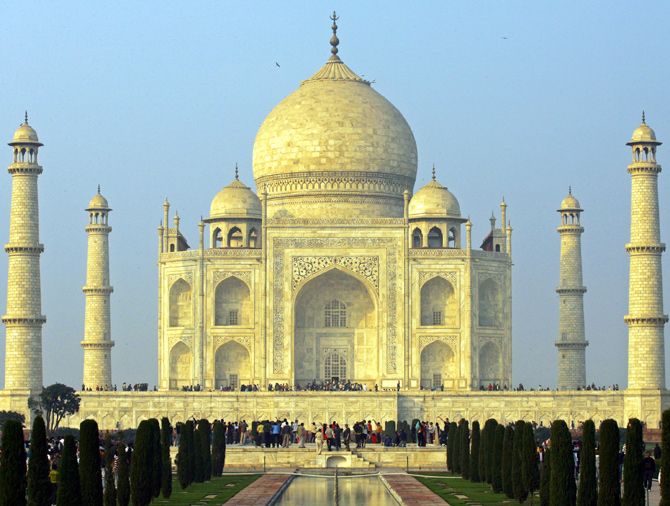 The Supreme Court on Tuesday expressed concern over the changing colour of the iconic Taj Mahal apparently due to pollution and rapped the government saying "perhaps you don't care" and directing it to take urgent steps to restore the pristine glory of the ancient monument at Agra.

Observing that the monument had earlier turned yellow and was now going brownish and greenish in colour, the apex court pulled up the authorities for not taking appropriate steps to preserve and protect the Taj.

It asked the Centre to take the assistance of experts from India and abroad to first assess the damage and then take steps to restore the 17th century white marble mausoleum.

While perusing the recent pictures of the Taj Mahal, a bench comprising Justices Madan B Lokur and Deepak Gupta observed, "this is now becoming the eighth wonder of the world".

"First it was yellow and now it is becoming brown and green," the bench commented and asked Additional Solicitor General ANS Nadkarni, who was representing the government, as to why the colour has changed.

Nadkarni told the bench that management of Taj Mahal has to be done by the Archaeological Survey of India.

However, petitioner and environmentalist M C Mehta, who placed before the bench the recent pictures of Taj, said the authorities have not complied with the directions passed by the apex court due to which the condition of the monument has become "horrible".

He said that besides change in its colour, there were patches on the marbles and recently a minaret had also fell down.

"Perhaps we need some expert organisation from outside India unless there is a decision that the Taj has to go," the bench said, adding, "you can get experts from India as well as from outside."

The bench observed that heads of countries and several dignitaries, including the Canadian Prime Minister, visiting India have gone to see the Taj and the court assumes that the authorities would want to preserve the monument.

"It seems you are helpless. Please think about it. Money is not a problem," the bench said, adding, "this requires some expertise, that is first to assess the damage and then how to restore it".

Nadkarni told the bench that there were expert bodies in the country like Indian National Trust for Art and Cultural Heritage, which has worked to preserve an ancient fort in Goa.

But the court said, "the photographs (of Taj) indicates that there is a lack of will".

"You think about getting the experts from within the country or outside the country," it said and posted the matter for hearing on May 9.

The bench also asked Nadkarni and ASG Tushar Mehta, "when was the last time you visited the Taj".

When they both responded "more than a decade ago", the bench said, "you better go there and see".

During the hearing, Mehta told the bench that Taj Mahal was in "shambles", Yamuna water in Agra has finished, the apex court orders being flouted, encroachments and even industries have come up there.

He also raked up the issue of security in Taj Mahal and said that CCTV cameras were not working and alleged that the "Government of India and the state government was not doing anything except making money from the monument".

ASG Mehta, appearing for Uttar Pradesh, said the state could assure the court that steps to protect and preserve the monument would be accelerated.

Meanwhile, an advocate appearing in the matter referred to a report of National Environmental Engineering Research Institute and said though the emission of sulphur dioxide had come down, but industries were operating from the Taj Trapezium Zone, which was affecting the monument.

The bench also dealt with the application seeking to lay down pipelines for water supply in Agra for which some trees have to be cut down and said it would take up the matter on May 9.

The petitioner told the bench that ground water level in Agra has depleted and water of Yamuna river was not fit for any purpose.

In March this year, the apex court had asked Uttar Pradesh government to place before it a draft of vision document on protection and preservation of the Taj and the environment in the TTZ, which is an area of about 10,400 sq km spread over the districts of Agra, Firozabad, Mathura, Hathras and Etah in Uttar Pradesh and Bharatpur in Rajasthan.

The top court has been monitoring developments in the area to protect the monument, built by Mughal emperor Shah Jahan in the memory of his wife Mumtaz Mahal in 1631. The mausoleum is a UNESCO World Heritage Site. 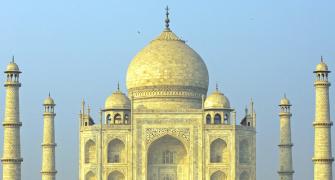 Is the Taj Mahal turning yellow? 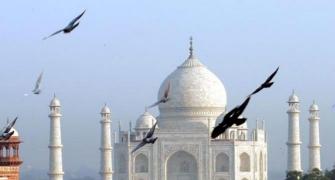 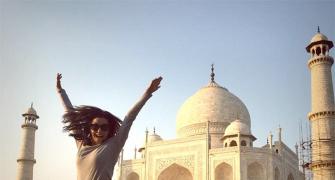 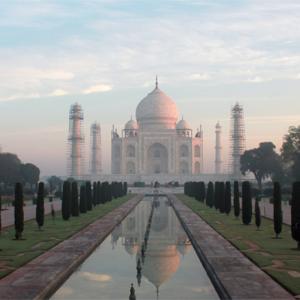